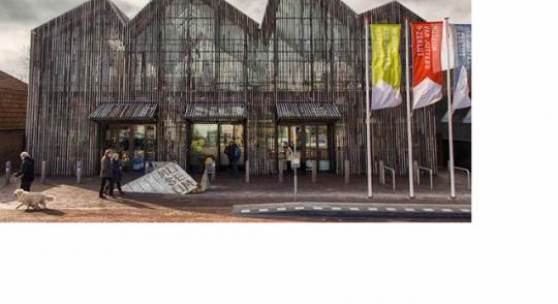 This year a Special Commendation was given to the Kaap Skil, Museum voor Jutters & Zeelui (Museum of Beachcombers and Sailors) at Oudeschild in The Netherlands. This open-air museum consists of a new building which houses two exhibitions as well as a grand café and shop, and an open-air area which can be seen from the large windows of the café. The new building was designed by Mecanoo, the Delft-based architects and uses local materials well suited to its function, taking for its shape the surrounding rooftops. The Golden Age of shipping is on display in the basement, reflecting the time when maybe hundreds of ships of the East India Company and other fleets waited for good winds in the Wadden Sea before setting out for the Far East. The first floor houses a comprehensive display of regional underwater archaeology. This area has the atmosphere of a laboratory and an open storage area, with three levels of interpretation, with well thought out displays. On the lower floor nine small rooms display different historical episodes with the help of personal stories. A nearby barn houses more than 5,000 objects found by beachcombers over the last hundred years and the open-air section also contains buildings relating to the history of Texel and all Dutch coastal regions. The preservation of these 20th-century buildings is especially important as so many have disappeared elsewhere.

Excursions and tours to the Wadden Sea are organised by the museum, which also plays an important role in teaching traditional skills such as net mending, knot making and knitting and its many activities include fish smoking, rope-laying, ship model building and creating art out of beachcombing material.

The judges said: “This museum deserves a Special Commendation for its creativity and high level of museological interpretation. Its combination of lively and intelligent professionalism combined with its appeal to the public make it innovative and an example to be followed in many parts of Europe.”