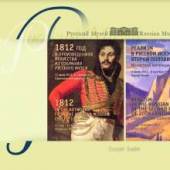 Rivaling the Tretyakov Gallery in Moscow as the world's finest collection of Russian art, the State Russian Museum has an illustrious history that began when the fiercely nationalist Tsar Alexander III became the first Russian ruler to make a significant collection of art by Russian artists. His son, Nicholas II, decided to open a museum in his father's honour and, in 1895, bought the Mikhailovskiy Palace to house the collection. Originally called the Alexandrovskiy Museum, it was opened to the public in 1898.

After the Revolution, the museum benefited massively from state confiscations of privately owned artworks, and the permanent exhibition was slowly expanded to include the palace's Rossi and Benois Wings. The museum's collection includes over 400,000 artworks covering the complete history of Russian art, from 11th century icons to work by contemporary video artists. Unlike the Tretyakov Gallery, the Russian Museum continues to exhibit art from all periods in one space. Since the fall of the Soviet Union, the Russian Museum has also become the curator of three of St. Petersburg's most significant historical buildings, giving the museum the opportunity to exhibit yet more of its vast collection.