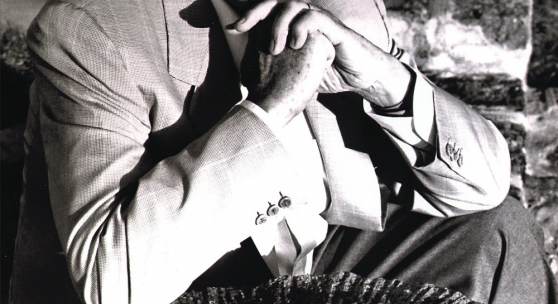 Paris – After a series of European exhibitions in Brussels, Milan, Munich and Vienna, Artcurial will host an auction in Paris on February 22nd and 23rd entitled, Le regard de Pierre Hebey – Les Passions Moderées. This exceptional event will be organised in collaboration with Camard & Associés and celebrates the artistic passion of Pierre Hebey as an avid collector. Forty years of his remarkable collecting will be up for auction in four parts – Firstly, Art Deco followed by Modern Art, rare illustrated books and finally 19th century French sculpture.

“The Artcurial exhibition of Pierre Hebey’s collection invites passionate art lovers to discover the eclecticism, the personality, the education, elegance, poetry, mystery and great emotion of a collector who has gone down in this century’s history.” explains Fabien Naudan, vice-president of Artcurial.

Francis Briest, chairman of the supervisory board and strategy at Artcurial, adds: “A collector is a desirous soul who comes alive with a intimate passion which leads them on a whirlwind journey to strange destinations. A collector is the “the man with soles of wind,” as described by Rimbaud - on a perpetual quest to find the missing piece. The collector reminds us of the verse by Lamartine: “Inanimate objects, do you have a soul, which sticks to our soul and forces it to love?”

Pierre Hebey was born in Algeria in 1926. After studying law in France he became a lawyer recognised by the Paris bar in 1946. In 1973 he married Geneviève and together they formed one of the most important French collector couples of 20th century artwork. They shared the same love of Art Deco furniture and built up one of the biggest collections worldwide alongside those belonging to Hélène Rochas and Yves Saint-Laurent. This auction will include several exceptional pieces of furniture from Eugène Printz or Jacques-Emile Ruhlmann and also objects by René Lalique, ceramics by André Metthey and lamps by Edgar Brandt. Specialised in intellectual property law, Pierre Hebey gained a reputation as a lawyer advising famous French actors and also artists such as Max Ernst, Jean Tinguely, Niki de Saint Phalle and Bram Van Velde. With his clients he forged sound friendships and this is reflected in the artwork amongst the collection. In this particular auction, one will discover works by Marc Chagall, Roberto Matta, Pierre Soulages and Pierre Alechinsky. Between 1995 and 2000, Pierre Hebey dedicated himself to writing. He was passionate about literature and published around 15 works (novels, essays and collections of short stories, mainly through Gallimard). He also collected books and built up a collection of artistic and humanist books specialising in Surrealist and Dadaist movements. The auction will offer some remarkable books from this collection including literary classics (Louis-Ferdinand Céline, Guillaume Apollinaire, Paul Eluard...) and several illustrated books by Jean Arp, Joan Miró, Man Ray and Hans Bellmer.

Throughout his life, Pierre Hebey kept a sharp eye on auction house sales, antique sales and flea markets, always on the look out for a unique object. He was a thirsty hunter and had acquired vast knowledge in this sector. With his wife Geneviève, they lived surrounded by their finds, each of which reflected their taste, their passion and profound respect of arts and artists. Like with many legendary art collectors, today one talks about the ‘Hebey eye’ which relates to Hebey’s collecting techniques and his subjective way of perceiving art which mixes art history, human genius, artistic audacity, mystery and emotion. This is particularly apparent in the collection of French bronze sculptures from the 19th century gathered by Pierre Hebey. Artcurial will sell almost 200 bronze works from the collection including pieces by Antoine- Louis Barye, Emmanuel Fremiet, Jean-Baptiste Carpeaux and Christophe Fratin.

In agreement with Geneviève Hebey, Artcurial was keen to propose a series of events around this auction which will enable the public to gain a better understanding of Pierre Hebey, the man himself and his collection. As well as the European and Parisian exhibitions, Artcurial will organize a week of cultural events including conferences and book signings in his honour. The catalogue will pay tribute to Pierre Hebey and include several literary contributions made by his friends – A text by David McNeil, an introduction by the chef Michel Guérard, an essay by Bernard Pivot and an analytical text by Serge Lemoine.

« We are going to sell some objects from one or two of your Ali baba caves, the people who are going to purchase your paintings, drawings, bronze sculptures or pieces of furniture will cherish the object that much more as it was carefully picked out by you with such enthusiasm. Your eyes were on a constant look out as though you were scared of missing something and these beady and passionate eyes sought out each of these magical objects » remembers David McNeil, a close friend of Pierre Hebey, in the auction catalogue.