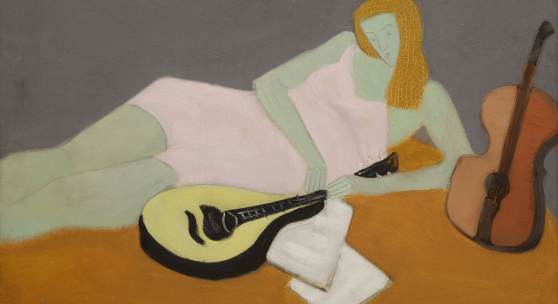 NEW YORK, 6 November 2019 – Sotheby’s is pleased to share highlights from our upcoming American Art auction in New York on 19 November 2019. Spanning 19th century landscapes to Illustration Art and Modern masterworks, this season’s auction also will introduce Art of the Americas, a unique curation bringing together works from across North and South America. Rooted in the imagery of the diverse and dramatic landscapes found throughout these continents, the group is led by important works of Canadian Modernism by Emily Carr and Lawren Stewart Harris.

Highlights from the auction are now on view in Sotheby’s New York galleries, with the full sale exhibition opening on the 16 November.

ALL THINGS BEAUTIFUL: PROPERTY FROM AN AMERICAN PRIVATE COLLECTION
Sotheby’s is pleased to present a selection of outstanding works from an esteemed American private collection, offered across a series of sales through 2020. This season’s American Art auction features two important works by Milton Avery from the collection, led by Porch Sitters from 1952 (estimate $2/3 million). Belonging to a remarkably innovative period in Avery’s career, the work depicts Avery’s daughter, March, reading alongside a female companion, likely painted in Woodstock, New York, where the Avery family often spent the summers. Porch Sitters exemplifies the evolution in treatment of color that Avery’s work underwent in the early 1950s, and illustrates the artist’s innovative experiments with the expressive power of color.

The collection also offers Milton Avery's Young Musician from 1945, painted when the artist’s mature style had fully emerged (estimate $1.2/1.8 million). Many scholars attribute the Avery’s stylistic developments during this period to his new affiliation with Paul Rosenberg's gallery, as the artist was exposed to the work of artists such as Pablo Picasso and Henri Matisse, who Rosenberg also represented. In Young Musician, Avery presents the traditional subject of a female figure in repose, accompanied by a mandolin, a guitar and sheet music. In both the subject matter and treatment of his forms, Avery’s admiration for Picasso is fully displayed.

ART OF THE AMERICAS
Kayla Carlsen, Head of Sotheby’s American Art Department, New York, commented: “We are excited to introduce Art of the Americas this season, as we continue to reexamine our understanding of traditional auction categories. This sale presents select and significant examples of Canadian Art alongside paintings by iconic American artists who worked across borders, explored the imagery of distant and exotic places, and influenced one another’s work. We are pleased to highlight this artistic and historical dialogue.”

Emily Carr’s Skedans is a rare monumental masterpiece from the artist’s early period, which is appearing at auction for the first time (estimate $3/5 million). A rebellious and pioneering Canadian artist, Carr found inspiration in the forest, sea and sky of her native British Columbia, as well as the indigenous communities she encountered there. Notable for its monumental scale, the present work demonstrates the modern sensibility and artistic verve that she had acquired while studying in France, applied to the subject she loved which would fuel her throughout her career.

One of few female artists in the early-20th century to reject conventional painting subjects to engage a political, spiritual and ecological dialogue, Carr became interested in a respected professional stature, an attachment to place and nationality, an intense connection to nature, and a strong interest in indigenous cultures. In 1907, she traveled to the west coast as far north as Sitka, Alaska, where she saw totem poles for the first time. The remote villages were reachable only by canoe, fishing boat or trail, guided by the indigenous people with whom she stayed, or otherwise on her own in the forest, enduring torrential rain and other challenges. Despite this, the trip proved pivotal as Carr determined to document these aboriginal villages and their totems before they were lost forever, either to nature through disintegration or removed by museums and government intervention.

Another highlight of Art of the Americas is Frederic Edwin Church’s South American Landscape, an important example of his renowned images of the dramatic Ecuadorian countryside (estimate $1.5/2.5 million). Departing from New York City in 1853, Church and fellow landscape painter Cyrus West Field embarked on two trips to Ecuador in 1853 and in 1857 as part of Church’s sweeping exploration of South America. Church was particularly enthralled by the active volcanos that protruded from the landscape. The present work depicts the momentous Cotopaxi volcano. Soaring 20,000 feet above sea level, Cotopaxi is the highest peak to mark the Andes mountains, and was a geological phenomenon in the 19th century. Here, Church incorporates elements of expansive mountain terrain, lush vegetation and rising palms in order to construct the ideal landscape.