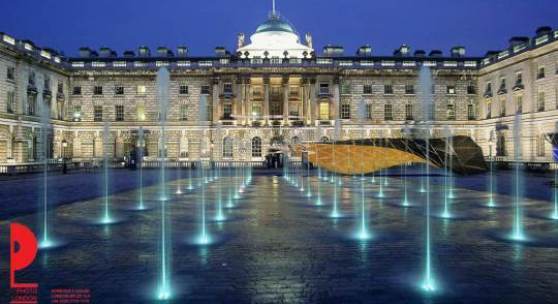 NEW LONDON FAIR REFLECTS THE GROWING INTEREST IN - AND AUDIENCE FOR - PHOTOGRAPHY IN THE CITY AS WELL AS WORLDWIDE.

PHOTO LONDON TO ADDRESS THE FULL MODERN SCOPE OF THE MEDIUM: FROM RARITIES BY EARLY PIO- NEERS IN PHOTOGRAPHY, TO MASTERPIECES OF CONTEMPORARY ART, AND ONTO STREET STYLE BLOGS.

The inaugural edition of London’s new international photography fair will launch in May 2015. Some 60 selected galleries from around the world will exhibit at Somerset House, an elegant arts and cultural centre with a strong track record for showing photography. Photo London will be a commercial art fair with a varied and well-balanced gallery programme which will be supported by a public series of talks, exhibitions, screenings and events supported by the LUMA Foundation. Partner organisations citywide – including major London museums and auction houses – will unite in a celebration of photography during the week of the fair. Photo London is produced by Candlestar - a leading cultural production consultancy.

NOVEMBER 2014:
“Photography is the only medium whose history is a continuous boom. It continues to expand into new fields and take them over.” FRANCIS HODGSON, FINANCIAL TIMES

Photo London is a response in part to a growing international market for both contemporary and vintage photography, and in part to a burgeoning appetite for the medium in London. Recent exhibitions of contemporary and twentieth century photography at Somerset House gathered notable audiences for subject matter as varied as high fashion and social documentary. In the last eighteen months the venue has drawn 46,699 visitors for Landmark: The Fields of Photography and 88,522 for Cartier-Bresson: A Question of Colour. Tim Walker: Story Teller, a retrospective of works by the acclaimed fashion photographer, brought in almost 102,000 visitors. The trend is reflected in other London institutions - during the same period the Victoria and Albert museum recorded their highest visitor figures to date for a photography exhibition.

While London enjoys a reputation as an important hub of the international art market, currently no fair exists to nurture the specific and growing interest in photography. Photo London will address this lack, both through the fair itself and through an ongoing series of initiatives aimed at collectors, curators, gallerists and the general public.

“Our aim is to make Photo London the best photography fair in the world – bar none. Photo London will need to find imaginative ways of engaging with new audiences both in London and internationally. “ MICHAEL BENSON, CANDLESTAR

GALLERIES:
The Galleries participating in Photo London will be selected by a distinguished curatorial panel, ensuring a focused international selection. The fair will bring together well known specialist photography and contemporary art galleries from London and around the world, as well as emerging galleries working with dynamic photographic communities in cities including Istanbul, Seoul and Tehran. All galleries will be encouraged to include work by young photographers alongside their main exhibition programme, allowing the fair to become a site of exploration and discovery. There will be a dedicated ‘Discovery’ section that will feature new galleries from unexpected places, as well as installations of moving image/ interactive digital work. The John Kobal Foundation Discovery award will be presented to the most outstanding emerging photographer featured at the Fair. The award will comprise of a three month residency in New York. Photo London will also feature major collaborations with Magnum and the Aperture Foundation.

SOMERSET HOUSE:
Somerset House is a spectacular neo-classical building in the centre of London, sitting between the Strand and the River Thames. Since opening in 2000, Somerset House has produced a distinctive public programme that draws over 2 million visitors to the site, providing a centre for arts and culture in the heart of the city, as well as housing numerous creative communities. The Photo London exhibitors and public programme will span the Somerset House site. In addition, Photo London will be working closely with project architects, Studio Integrate.

The Victoria and Albert Museum will present an exhibition of rarely displayed photographic works from the museum’s remarkable collection at Somerset House during Photo London. A photography book fair will run in parallel at Tate Modern. Located in convenient proximity to both London’s West End and the City financial district, Photo London is expected to draw around 40,000 visitors, with the combination of exhibiting galleries, talks and events, and a major exhibition and outstanding catering facilities creating a campus-like atmosphere that encourages an extended stay.

“We want to make Photo London a destination - an environment full of delights and surprises for our visitors. We are fortunate to have such a wonderful location and the brilliant young architectural team from Studio Integrate to help us realise this ambition.” FARIBA FARSHAD, CANDLESTAR

CANDLESTAR:
Candlestar is a cultural production company led by Michael Benson and Fariba Farshad that specialises in photography- related initiatives. Founded in 2003 and based in Somerset House, Candlestar has been instrumental in the creation and direction of the Prix Pictet photography award and touring exhibition, and has curated over 50 exhibitions worldwide in the past five years. Candlestar have strong ties of many years standing within the field of arts education and recently played a key role in the development of London’s Condé Nast College of Fashion and Design.