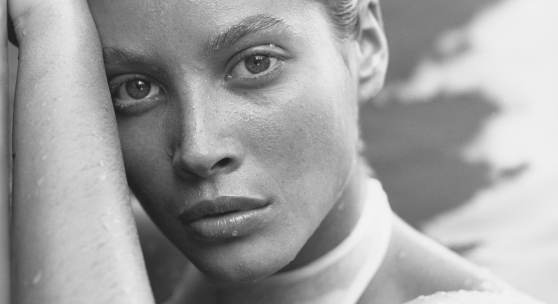 Photo London has today announced the Public Programme for the third edition of the Fair, which will take place 18 – 21 May 2017 (Preview 17 May) at Somerset House. Featuring 87 galleries from 17 countries, Photo London presents new photographers, new work by established Masters and gems from the history of photography. Highlights of the Programme include:

Taryn Simon (Master of Photography)
Photo London selected Taryn Simon as its Master of Photography for 2017 in recognition of her groundbreaking work. Meticulously mining, questioning and upsetting the certainty that the photographic image and the archive assert, Taryn Simon, turns our attention to the margins of systems of power, where control, its disruption, and the contours of their constructedness become visible. At Photo London, Taryn Simon will present Image Atlas, a work created in collaboration with programmer Aaron Swartz, which investigates cultural differences and similarities by indexing top image results for given search terms across local engines throughout the world. Photo London will also highlight Simon’s unique commitment to bookmaking as part of her artistic practice, with a display of Simon’s books — spanning from The Innocents, 2002, through to Paperwork and the Will of Capital, 2016.

Magnum Photos
To mark the 70th anniversary of Magnum Photos, Martin Parr and his fellow photographer David Hurn have curated a selection of works from the collection that Hurn has compiled over six decades through a series of swaps with fellow photographers. Key images from Hurn’s distinguished career are juxtaposed with prints from the photographers with whom he has swapped works including Bill Brandt, Bruce Davidson, Sergio Larrain and Diana Markosian.

William Klein
The Directors of Photo London have followed up last year's Pavilion commission from Wolfgang Tillmans by inviting the legendary photographer and filmmaker William Klein to develop a new 18-metre mural for the space, presented in association with HackelBury Fine Art.

Isaac Julien
Isaac Julien is an internationally acclaimed artist and filmmaker. One of the objectives of his practice is to break down the barriers that exist between different artistic disciplines, drawing from and commenting on film, dance, photography, music, theatre, painting and sculpture, and uniting them to construct a powerfully visual narrative. The exhibition he has made for Photo London presents a body of work that revisits his seminal film Looking for Langston (1989), which is regarded as a cinematic landmark in the exploration of desire and the reciprocity of the gaze.

Juergen Teller
Juergen Teller will present a special exhibition for Photo London in the Great Arch Hall of Somerset House. Teller has always been adept at navigating the art world and commercial photography, shooting high profile fashion campaigns for brands such as Celine, Louis Vuitton, Marc Jacobs, and Vivienne Westwood. He has published forty-one artist books and exhibition catalogues since 1996, which blur the boundaries between his commissioned and personal work. He currently holds a Professorship of Photography at the Akademie der Bildenden Künste Nürnberg.

Commenting on the 2017 Public Programme Photo London co-Director Michael Benson said 'The aim of our Public Programme is to educate, inform and surprise. Each year the Programme gets stronger and we are delighted, this year, to be able to present a stellar group of artists each of whom contributes in own their own special way to the Fair's focus on the past, present and future of photography.’