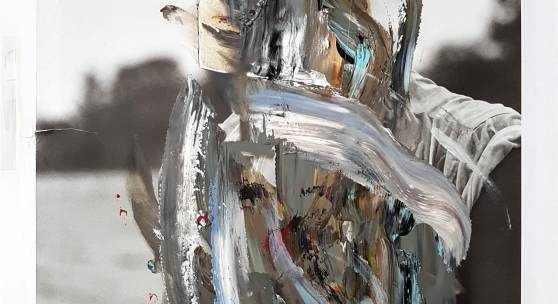 VOLTA NY celebrates ten years of solo focus in its decade edition in New York City, returning to PIER 90 from March 1 – 5, 2017, concurrent with Armory Arts Week. VOLTA's mission as a truly globally conscious art fair continues, with 96 galleries and artist-run spaces across fve continents and 47 cities gathering at PIER 90, presenting a dynamic and timely survey of innovative contemporary positions by artists from 39 nations. The strictly invitational fair opened its application this year specifc to its ten-year anniversary, in VOLTA's commitment to identifying and receiving the boldest and most salient proposals from galleries all over the world. Combined with newly invited galleries over the course of the VOLTA team's travels last year, VOLTA NY welcomes 36 frst-time exhibitors to the 2017 fair. These galleries join an international array of returning exhibitors, including 15 VOLTA veterans from the fair's earliest outings in New York.

“We credit our loyal and longtime exhibitors and our many distinguished collecting patrons for believing in this whole ‘solo project thing’ from the get-go,” notes VOLTA Artistic Director Amanda Coulson. “For when we brought VOLTA to New York in 2008, after several years of success — of course, with a mix of mostly traditional group booths — in Basel, an entire fair devoted to solo artist projects simply did not exist. If you would have asked galleries and collectors ten years ago what they pictured as the future format of contemporary art fairs, I doubt few could have foreseen the reality now: that many collectors prefer this ultra-focused style; that many galleries elect to show one artist at a time — even in the main sections of the big fairs. We thank our 2017 exhibiting galleries and our tremendous ‘alumni’ from the past 10 years for trusting in this ‘artist-focused’ solo format and for making VOLTA NY an inspiring force for artistic discovery during Armory Arts Week and beyond."

Additional programming at VOLTA NY 2017 includes Your Body Is a Battleground, the second iteration of the fair's Curated Section. Debuted to much acclaim in 2016 — in which a curator selects a group of artists based around a common theme, then installing the project across freestanding museum-style walls as an independent exhibition within the heart of the fair — this year's edition is overseen by writer-curator Wendy Vogel and will feature artists working in identity politics, archiving, and interventionism. The full lineup for Your Body Is a Battleground, plus related events, will be announced shortly. Plus, the fair hosts its second iteration of the Video Wall, a daily rotation of single-channel videos across a 30-foot wall at the front of the fair, featuring artists exhibiting in and beyond the main fair and the Curated Section.