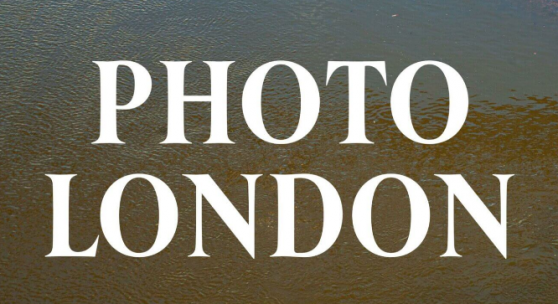 Photo London returns to Somerset House for its sixth edition from 9–12 September 2021, with a preview on 8 September. Bringing together leading photography galleries and publishers from 15 countries, Photo London once again presents an innovative public programme of exhibitions, talks and workshops. Attendees will be able to plan their visit through the Photo London App & download the digital catalogue from photolondon.org.

Photo London Digital also returns for its second edition from 9–28 September, with a preview on artsy.com on 8 September. The digital fair will supplement the physical event, allowing participation to those unable to travel and will feature curated picks by leading photography professionals.

Commenting on the challenges they faced in mounting this sixth edition the Fair’s Founders, Michael Benson and Fariba Farshad, said: “Almost every week has brought a fresh challenge. The collapsing calendar has brought us into direct competition with other fairs in New York and Paris; borders have opened, and borders closed; policy has been so mixed, muddled and misleading that planning anything has been recast as a branch of medieval theology. And yet, thanks to the enthusiasm of our audience, the patience of our exhibitors and their artists, the enduring support of our partners Nikon and FT Weekend, several slices of good fortune, and our own resilience and belligerence, we have prevailed. We are unspeakably proud to be able to present the sixth edition of Photo London at Somerset House alongside the second edition of Photo London Digital, which will continue to present its own international programme, as well as being a platform for galleries unable to travel to London.

This much delayed sixth edition presents an outstanding group of exhibitors who have made their way to London from 15 countries, bringing with them a truly exceptional and diverse group of artists. Our acclaimed talks programme continues online while our public programme exhibitions feature two jewels: an extraordinary show by this year’s Master of Photography, Shirin Neshat and ‘Close Enough: Robert Capa’ showcasing over 50 unseen prints from the Kogan Collection.

And finally, we have been able to continue our support for the work of emerging artists through the Discovery section, a special award for emerging photographers and the Graduates’ Salon. Like the rest of us, these young artists have had a grim year; yet make no mistake they are our future. Visit, take notes and then watch out for their work at future editions of Photo London.” Photo London is the first photography fair to take place worldwide since 2019 and one of the first international art fairs to go ahead in the UK since the pandemic struck. Commenting on the importance of once again welcoming international exhibitors and visitors to the capital, Justine Simons OBE, Deputy Mayor for Culture and the Creative Industries says: “Photo London is a great example of how our capital can bring together talent from across the globe to showcase the power of photography. It attracts Londoners and visitors to our city, providing established creatives with a platform to exhibit, and act as a great opportunity for up-and-coming photographers to showcase their work.”