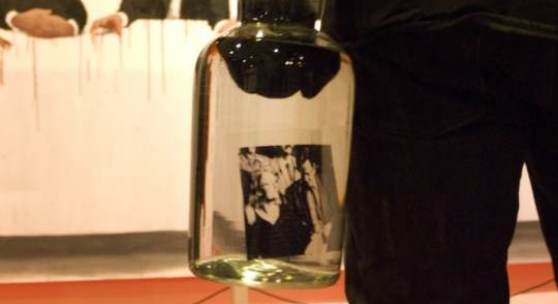 SUPERMARKET 2014 – Stockholm Independent Art Fair. The fair that makes a difference. SUPERMARKET will take you around the world in three days! The fair won the BUS Award in 2013 and is a platform for the newest, most vital and innovative international art. With over 80 exhibitors from 30 countries worldwide it is the largest international art event in Scandinavia. SUPERMARKET 2014 is the ninth fair and will be held at Kulturhuset (House of Culture) in Stockholm on the 14–16 of February.

Next year’s fair will be the only large international art fair during February in Stockholm. Georgia, Syria, Tibet and Brazil are new countries to be represented.

The SUPERMARKET programme will be full of interesting events, including the performance stage RED SPOT, the seminar series TALKS, and the networking meetings programme SUPERMARKET MEETINGS. Since 2011 SUPERMARKET is producing its own Art Magazine, distributed worldwide.

“As this is a site for artist-run galleries from all around the world, we want to highlight diversity and the unique experiences represented” says one of the Project Managers, Meggi Sandell. “It will be relevant, up-to-date and make a difference!”