More than 20,000 Visitors Attend the First Photo London - Thank You! 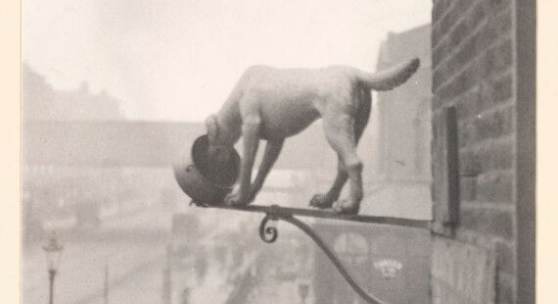 More than 20,000 visitors over 4 days attended the inaugural edition of Photo London at Somerset House, which opened to the public on Thursday 21 May 2015.

Photo London is the single-largest exhibition ever at Somerset House with 70 international galleries, 3 commissioned exhibitions, 2 installations, a robust talks programme featuring over 50 photographers and curators and 3 new award platforms. The architecture of Somerset House enabled Photo London to move away from the monolithic grid system of mega fairs and create a sequence of more intimate, interlinked spaces. The reaction from exhibitors and visitors alike has been a ringing endorsement of that approach and reaffirms the appetite for photography collecting in the capital.

“The reaction to our first edition has been astonishing - far exceeding our own expectations and predictions. Indeed many of our exhibitors have told us that Photo London is the best art fair they have ever attended. Our aim was not to be the biggest, simply to be the best and with our first edition we have taken a huge stride in that direction. Starting today we will work hard to ensure that Photo London 2016 is even better”. MICHAEL BENSON, DIRECTOR, PHOTO LONDON

70 galleries from around the globe presented over 2000 photographs, collectively, and sold work across a range of photographic styles. Participating dealers praised the first edition of Photo London for its organisation, location, sales and quality of attendance:

James Hyman Gallery brought an important selection of 19th century vintage prints including the most expensive work at the fair, La Grande Vague by Gustave Le Gray, priced at £250,000. “We’ve been delighted by the response to our presentation of classic 19th and 20th century photographs. Given this was the first year, it has been incredible to have such an enthusiastic and interested audience”. JAMES HYMAN, JAMES HYMAN GALLERY, LONDON

Peter Fetterman Gallery from Santa Monica, California sold a large format print of an iceberg by Sebastião Salgado for $50,000. “We travelled 6000 miles to come here and arriving at Photo London has felt like coming home. Our gallery shows at eight fairs a year and none as well organized as this. We can’t wait for next year, already.” PETER FETTERMAN, PETER FETTERMAN GALLERY, SANTA MONICA

La Galerie Particulière from Paris, one of 10 dealers from France, presented a solo show of American photographer, Todd Hido and sold one of his iconic prints for £14,000. “We are very happy with Photo London. The fair reached its objectives: quality of collectors, booths, and attendance. Todd Hido’s solo show is a great success”. GUILLAUME FOUCHER, LA GALERIE PARTICULIÈRE, PARIS

“For the first year, it is as incredible and exciting fair. We met new clients and major curators and the setting is spectacular. Photo London has a big future.” THOMAS ZANDER, GALERIE THMOAS ZANDER, COLOGNE

Rose Gallery from California, one of 10 dealers from the United States, sold 6 untitled prints by William Eggleston; a blue car for £61,000, roses for £36,000 and 4 black and white prints for £16,000 each. “This was one of the best fairs in terms of quality of work presented and use of space. It feels so fresh and intimate and focused compared to the large white cube format of most fairs. The quality of attendees was exceptional and the whole programme was well thought out”. ROSE SHOSHANA, ROSE GALLERY, SANTA MONICA

Eric Franck Fine Art (London) sold a vintage print, The Art of Travel taken by Norman Parkinson in 1951 for British Vogue at £6,000.

Robert Morat Gallery (Berlin, Hamburg) sold 64 prints of various plants by Robert Voit on the first day of the fair, each priced at £1,700.