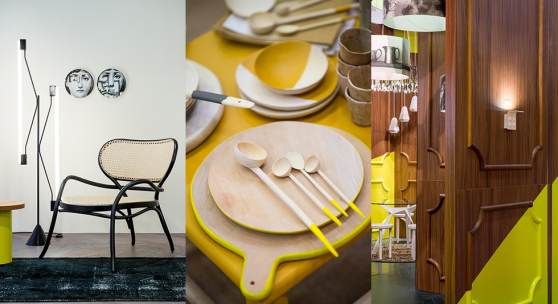 French buyers returned in force; the range of products was refreshed; the talks, workshop–debates and Inspirations Forum were a success… The outcome was decidedly optimistic for the design, decoration and art of living market.

The January 2016 session was a testament to the show’s vitality, the diversity of its broad-based products and quality of support offered to its exhibitors and visitors. A first observation: the return of French buyers (+4%), attracted by an offer that has been reconfigured for each session to more closely match the evolution of a sector in permanent change. In an international market down 8%, European visitors showed consistent attendance, with a nice turnout from the Spanish, Belgians and Dutch; the impact of the November attacks was mostly felt from overseas countries.

With 3,000 exhibitors from 59 countries, including nearly 700 new brands, the January session confirmed the show’s appeal to a profession that is always on the lookout for trends, analysis and guidance. This goal to work with the trade was showcased in a creative and forward-looking way through the Inspirations Space whose theme of the season, Wild, was orchestrated by François Bernard. For the operational side, 45 talks and workshop–debates on major issues in the decoration, architecture and design market were taken by storm, both in the conference space and the retail space. Other influential events: exhibitions from the world of the January 2016 Designer of the Year, Eugeni Quitllet, and the 2016 Talents à La Carte dedicated to the emerging Scandinavian scene. Enough to fulfill MAISON&OBJET’s inspiring dynamic.