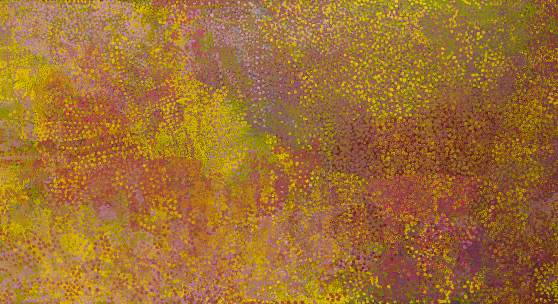 The First Aboriginal Art Auction to Be Held In the United States by an International Auction House
**
88% of Lots Sold 8 New Auction Records Set
**
NEW YORK, 16 December 2019 – Sotheby’s Aboriginal Art auction, held in New York on 13 December 2019, achieved $2.8 million. The first Aboriginal Art auction to be held outside of Australia or Europe by an international auction house, the sale surpassed its high estimate with 88% of all lots sold and set eight new world auction records. Featuring modern and contemporary indigenous Australian art dating from the 1950s until the present, created by artists from the world’s oldest continuous culture, the auction continues Sotheby’s position as market leaders in the field since dedicated sales were established in 1997.

Timothy Klingender, Sotheby’s Senior Consultant Australian Art commented: “Friday’s results are a watershed moment for Aboriginal art, and an incredible introduction to auctions of Aboriginal art of this scale in the United States. To showcase these extraordinary works of art in Sotheby’s New York galleries was a significant statement of the value of these artists on the international market, and the response was very enthusiastic. Bidders were active from all over the world, with a large concentration of new bidders from the U.S. and Europe, further indicating the appeal of Aboriginal art to a growing international audience. It was equally thrilling to see a number of artist auction records established, setting a new standard for Aboriginal artists. We hope the results from this sale will mark a new era for Aboriginal artists to be recognized as significant contemporary artists in their own right.”

The auction was led by Summer Celebration, an early masterwork by Emily Kame Kngwarreye, which achieved $596,000 (estimate $300/400,000). On offer from the renowned European Collection of Thomas Vroom, the rare, large-scale work is not only a classic example of Kngwarreye’s abstract dot paintings but reflective of her experimentation with an extended color palette; the yellow, purple and pink tones demonstrate her broadening use of color as she moved away from strictly using natural earth tones. One of a series of large canvases painted in the heat of the Australian summer at the very end of 1991, Summer Celebration is among the first which Kngwarreye painted on such a vast scale, emphasizing the broad expanse of her country, and celebrating the seasonal cycle of the ever-flourishing landscape.

Exhibited in major museums in the United Kingdom, Europe, Asia and Australia, Gordon Bennett’s icon of post-colonial postmodernism, Self Portrait (But I Always Wanted to Be One of The Good Guys) from 1990, sold for $437,500 (estimate $350/450,000) – setting a new auction record for the artist. A culmination of a series that Bennett had been working on throughout 1990, the monumental painting illustrates Bennett’s self-declared mission to upturn the colonialist assumptions of Australian national culture. Depicting a five-year old Bennett dressed in cowboy garb as he conjures frontier scenes appropriated from educational Australian social studies books, the painting is an illustration of the artist’s personal struggle with his identity as a child of the stolen generation.

Another auction record was set with Ronnie Tjampitjinpa’s Tingari Ceremonies at The Site of Pintjun, which fetched $243,750 (estimate $120/180,000). Hailing from the Collection of Gabrielle Pizzi, the work was recently featured on the cover of the catalogue for curator Kaspar König’s exhibition, ‘Remembering Forward – Australian Aboriginal Painting Since 1960,’ mounted by the Museum Ludwig in Cologne. A classic example of his style, Tingari Ceremonies at The Site of Pintjun features repetitive, geometric shapes and bold lines in the traditional four basic colors of black, red, yellow and white, representing the activities of the Tingari ancestors, and evoking the sacred powers of these supernatural creators, who established Pintupi law and ritual – a common theme throughout Tjampitjinpa’s oeuvre.