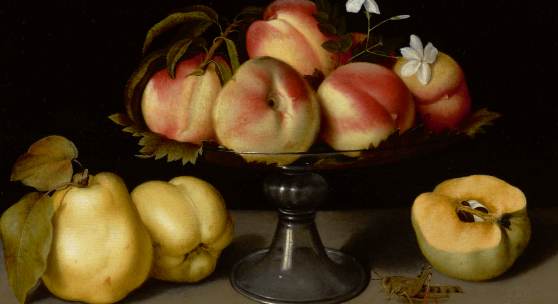 FEATURING:
ONE OF THE FINEST STILL LIFES BY ITALIAN ARTIST FEDE GALIZIA Famous for Pioneering the Still-Life in the 17th-Century, This is one of only twenty times she turned her hand to the genre in her lifetime

A Generation of the Spencers, One of Britain’s Preeminent Aristocratic Families, Captured by Angelika Kauffmann – One of the Two Female Founders of the Royal Academy

“The number of Old Master female artists who succeeded and are known to us today remains incredibly few. These women defied enormous odds, and the strength and quality of their work is therefore all the more remarkable. In recent years, there has been a surge of interest in female artists, both in the marketplace and in academia, and we continue to uncover more information about the lives and work of these pioneering women. Sotheby’s is embracing this momentum and are excited to bring these remarkable works to collectors around the world.” – Calvine Harvey, Specialist in Sotheby’s Old Master Paintings Department in New York

NEW YORK, 16 November 2018 – As major retrospective exhibitions have been mounted around the world on female artists including Elisabeth Louise Vigée Le Brun, Michelina Wautier and Artemesia Gentileschi, Sotheby’s will bring together a group of works by Old Master female artists that celebrates the life and work of some of these groundbreaking women.

Incorporated into Masters Week in New York in January 2019, the offering will assemble major paintings, drawings and sculpture created by leading female artists from the 16th through the 19th centuries.

Today we are pleased to announce two works that will highlight The Female Triumphant in our Master Paintings Evening Sale on 30 January:

Fede Galizia’s A glass compote with peaches, jasmine flowers, quinces, and a grasshopper (estimate $2/3 million) is a beautiful example of the revolutionary female artist’s contributions to the Italian still life genre, which she helped to invent in the early 17th century. Exhibited internationally, the work was described as one of Galizia’s finest paintings in the second edition of Flavio Caroli’s definitive monograph of the artist’s work, A glass compote with peaches. Despite the intimate size of the panel, Galizia has created a sense of monumental scale with her placement of objects. Her close observation of details – such as the softness of the peaches, the modulations in the green on the leaves, and even the stripes on the grasshopper’s abdomen – continues to enchant viewers today.

Daughter of the miniaturist and painter, Nunzio Galizia, Fede (c. 1578 – 1630) trained under her father. Her precocious talent was already on full display as a young teenager, and by the age of 20, she had achieved international renown as a painter of portraits and devotional compositions. Like Clara Peeters (c. 1589–1657) in the Netherlands, Fede was one of a small number of female artists who would play a vital role in the emergence of the relatively new genre of still life. Although she produced fewer than 20 refined, naturalistic still life compositions on panel, these works inspired followers in her lifetime and are considered her most important paintings.

One of the most cultured and influential women of her generation, Angelika Kauffmann (c. 1741-1807) holds a place of particular importance in European art history. A talented musician, she was both a brilliant history and portrait painter. Born in Switzerland and trained in Rome, she first came to England in 1766. In London she quickly became a close friend of Sir Joshua Reynolds, who she is rumored to have nearly married at one point, and many of the most prominent cultural figures in England, including David Garrick. Fluent in English, French, Italian and German, her charm, wit, intelligence and skill attracted much attention, and she was highly sought after as a portraitist by many of the foremost connoisseurs of the day – including members of the Royal family. In 1768, Kauffmann cemented her status as one of only two female founding members of the Royal Academy. In her later years, following her marriage to the Italian decorative painter Antonio Zucchi, she returned to Rome where her studio became a popular stop for fashionable visitors on the Grand Tour, including artists, writers, aristocrats and dealers from across Europe. Her clients included many of the crowned heads of Europe, including Catherine the Great of Russia, and she was close friends with international luminaries such as Goethe, Canova and Sir William Hamilton.

One of the wealthiest families in England, the young generation of Spencers depicted in Angelika Kauffmann’s Portrait Of Lady Georgiana Spencer, Henrietta Spencer And George Viscount Althorp were prominent figures in the English aristocracy, and amongst the artist’s earliest British patrons (estimate $600/800,000). Seated at left with a handful of flowers is Georgiana Spencer, later Duchess of Devonshire upon her marriage to William, 5th Duke of Devonshire in 1774. As Duchess, she became one of the most famous and powerful women in 18th century British society. Her sister, Lady Henrietta Frances, later the Countess of Bessborough, is depicted at the center holding an arrow. To her right is George John, Viscount Althorp, later 2nd Earl Spencer, who would become a Member of Parliament for Northampton and later for Surrey.