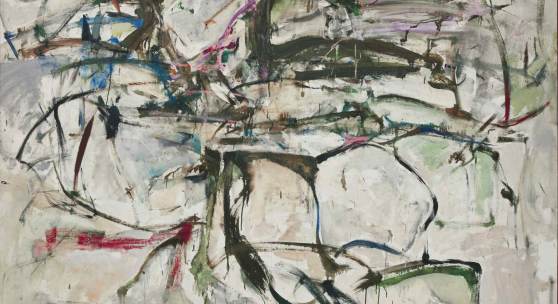 NEW YORK, 29 April 2021 – Cy Twombly’s Untitled (Rome), from the artist’s celebrated series of Blackboard paintings, will star in Sotheby’s May marquee auctions this May. Once part of the celebrated Saatchi collection, the painting has since remained in the same esteemed private collection for nearly 30 years, where it hung alongside many of the artist’s best-known works. Estimated at $35/45 million, it will be offered alongside many of the greatest names of the 20th and 21st centuries, including Jean-Michel Basquiat, Willem de Kooning, Robert Colescott and more in Sotheby’s Evening Sale of Contemporary Art on May 12th – a sale that will follow the exceptional Collection of Mrs. John L. Marion. CY TWOMBLY’S UNTITLED (ROME)

Executed in 1970 at the apex of Cy Twombly’s celebrated Blackboards paintings, Untitled (Rome) is the finest example of the series to come to auction since Sotheby's set the world auction record for Twombly for Untitled (New York City) in November 2015. It also speaks to the profound inspiration Twombly drew from the culture, history and aesthetics of Rome – the city where the Blackboards were first conceived, and a place that continued to influence him throughout this career. The artist first conceived of the sparse iconography of his Blackboards in Rome. Upon his first visit to the city in the early 1950s, Twombly was taken by ancient forms of graffiti that he saw scrawled on the exteriors of historical Roman ruins. Echoed with newfound ferocity in the graffiti-like strokes of the present work, the artist notes the profound influence the iconographic legacy of classical antiquity enacted upon his practice.

The artist’s Blackboard works marked his abrupt abandonment of the richly colorful and expressive compositions from the first half of the 1960s known as Baroque Paintings. Within this group, this work rises to the forefront: unlike Blackboards restrained to neat rows of tightly coiled reverberations, or those which dissolve into frenetic abandon, the present work sees Twombly express the boundary between control and anarchy, order and chaos, intention and accident.

GLOBAL ABSTRACTIONS: PROPERTY FROM A DISTINGUISHED PRIVATE COLLECTOR
Exceptional Abstract Expressionist works from a distinguished private collector will highlight the Contemporary Art Evening and Day auctions this May. The Contemporary Art Evening auction will feature Joan Mitchell’s oil on canvas Untitled, hailing from c. 1958 - during what is widely considered the most formative period of the artist’s career (estimate $6/8 million). Testament to their rarity, only five mature large-scale 1950s canvases have come to market since 2015. Painted at a pivotal early moment in Mitchell’s long and varied career, Untitled represents the pinnacle of Mitchell’s unique mode of Abstract Expressionism and her remarkable sensory engagement with nature. Works from the collection will continue to be offered throughout 2021.

CHEZ KAY: PROPERTY FROM THE COLLECTION OF KAY UNGER
The sales will also present an exquisite selection of works from the collection of fashion designer, entrepreneur and philanthropist Kay Unger. Held in the same family collection since their acquisition shortly after their making, none of the works in the collection have ever before been seen publicly, and will be on offer for the first time this May. Beautifully assembled in the collector’s impeccably designed Soho loft, this grouping of works comprises important iconic touchstones of 20th-century art within a highly personal and visually compelling dialogue. Speaking to Unger's enduring creativity, curiosity, and passion to push past the conventional – both in her personal and professional lives – the collection reflects a discerning taste and unerring eye for the thoughtful intersection of art and design.

Unger graduated from Parsons School of Design in 1968 to join the fashion world as a design assistant to Geoffrey Beene, before founding her own dress firm, Kay Unger, a mere two years later – the first of several successful global fashion companies she both founded and managed, including The Gillian Group, A.J. Bari, Kay Unger New York, Kay J’s Pajamas and Phoebe Couture. In 2012, she formed Kay Unger Design, and in 2010, she founded her own foundation, The Kay Unger Family Foundation. A portion of the proceeds from the sales of the collection objects will go to furthering Kay’s continued philanthropic missions, as well as to expand her family’s remarkable collecting legacy with a major focus on supporting emerging artists as well as art and design education.