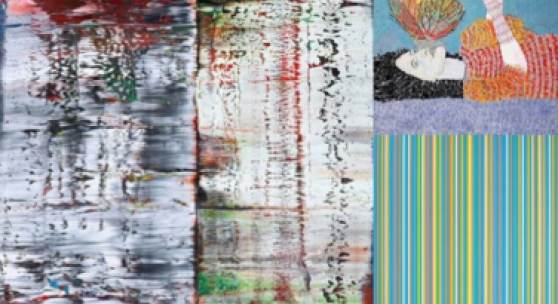 What is unique about the Hong Kong sales is the dialogue between East and West. We aim to bring to Asia the artists known and beloved to the collector community here like Yayoi Kusama and Gerhard Richter, while also introducing important international artists that are less often seen in Hong Kong auctions, including the likes of Peter Doig, Bridget Riley and Lynn Drexler. I am excited to be staging the single-owner sale, ‘New Wave Beyond Yuanmingyan’, a truly historic time capsule, capturing the explosion of Chinese artistic creativity in the 1980s and 90s - the art that drew me to Asia in the early days of my career.”
Alex Branczik, Chairman, Modern and Contemporary Art, Sotheby’s Asia

“When we come to organise the cadence of our offerings, we open with works we know will create a real buzz. This season, perhaps fittingly for a region where women collectors are so active, our Hong Kong evening sale will open with a sequence of six works by some of the most exciting and thought-provoking female artists of our generation.”
Max Moore, Head of Contemporary Art Sales, Sotheby’s Asia

Sotheby’s Hong Kong, 27 September 2022: This season in Hong Kong, female artists are set to take the market by storm, with the largest ever offering of works by women in a Contemporary art evening auction staged by Sotheby’s in Asia. Standout pieces by both established female names (dating from the 1950s) and relative newcomers to the Asian auction market - but who are nonetheless equal in demand - will account for almost 40% of the sale. They will be offered alongside works by their Eastern and Western male counterparts, all of which will be unveiled in a preview exhibition at the Hong Kong Convention and Exhibition Centre from October 2-7, before the live-streamed evening sale on October 7 [available to watch via sothebys.com].

Female artists have recently been making their presence felt ever more strongly at auction - in Asia and beyond. During the most recent ‘The Now’ sale in New York, for instance, women for the first time in history, outnumbered their male counterparts in a Sotheby’s Evening Auction. In a similar vein, Louise Bourgeois’ Spider IV became the most valuable sculpture ever sold in Asia during last season’s sales series in Hong Kong (HK$129.2m/US$16.5m), while new benchmarks were set for Louise Bonnet, Anna Weyant and Tania Marmolejo, to name but a few. The distinction was also evident at the Venice Biennale this year where women accounted for more than 90% of the exhibits. The upcoming Frieze London art fair will dedicate its Spotlight section to female artists, while in Hong Kong, an exhibition of works by women Abstract Expressionist artists will open at Art Intelligence Global’s exhibition space. Among the highlights of the forthcoming Contemporary evening sale is Yayoi Kusama’s iconic larger-than-life Pumpkin sculpture, a vivacious early work by Lynne Drexler in her Asian auction debut, and a 1983 striped painting by Bridget Riley from her famed “Egyptian Palette” series (and arguably the most important work by the artist ever to be offered on the continent) - the latter two of which have, until now, resided in prominent Asian collections. They take their place alongside the next generation of female artists, including Dana Schutz, Toyin Ojih Odutola, Louise Bonnet, Emily Mae Smith, Ella Kruglyanskaya, Shara Hughes (who recently held a retrospective at the Yuz Museum in Shanghai) and Lauren Quin, who will make her auction debut in Asia this season. Please find further information below.

At the same time, Sotheby’s will offer Gerhard Richter’s 1990 Abstraktes Bild from his celebrated series of the same name, and carrying the highest estimate ever placed on a work by the artist at auction in Asia (HK$175-235m / US$22.3-29.9m). Leading the Evening Sale offerings, this exquisite canvas is the culmination of Richter’s five- decade-long investigation into the possibilities of painting, which saw him adopt the squeegee to spread thick, colourful streaks of paint across his canvases. In this Abstraktes Bild, deep ravines of ruby red, blue and emerald green emerge through its bejeweled surface, revealing a kaleidoscope of colours from the multiple layers of paint that lie beneath. The sale of Richter’s canvas comes almost two years to the date since his Abstraktes Bild (649-2) achieved the highest price for any Western artwork sold at auction in Asia at the time, when it was acquired by The Pola Museum in Hakone, Japan (HK$214.6m / US$27.7m).*