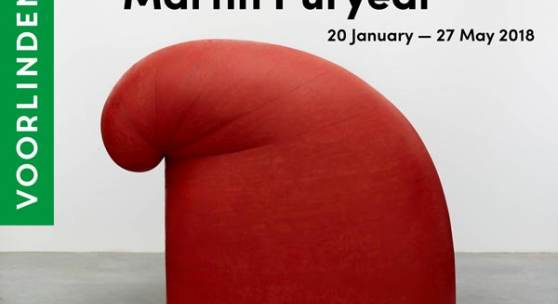 From 20 January through 27 May 2018, museum Voorlinden features a solo exhibition of work by Martin Puryear (1941). The museum is pleased to introduce the Dutch public to this artist. For 50 years, Puryear has been creating a consistent oeuvre that defies classification in a single movement. Through his sculptures, he explores the themes of identity, culture and history. The artist places a strong emphasis on craftsmanship, sculpting his own works in traditional fashion and from natural materials. This exhibition features a broad selection of works from his sculptural oeuvre.

Puryear’s abstract forms appear organic and elementary, like a familiar – often human – form found in nature. The sensory and tactile objects have an immediate impact on the viewer. Their surfaces and textures bear witness to the number of man-hours invested in their making. Puryear's works ask you to slow down for a moment. The multitude of perspectives in his work pull the viewer, time and again, into an experience that spurs the imagination.

If I were forced to describe my work, I’d say I’m interested in making sculpture that tries to describe itself to the world, work that acknowledges its maker and that offers an experience that’s probably more tactile and sensate than strictly cerebral, the artist says.

While his forms are reminiscent of minimalist sculpture, and have to a certain extent been influenced by it, the artist rejects this movement due to its strict geometric forms and industrial fabrication techniques. The son of a carpenter, Puryear began constructing objects such as bows, arrows and guitars at an early age; as a student he immersed himself in ornithology, falconry and archery. In the 1960s, he served as a volunteer with the U.S. government’s Peace Corps in West Africa, where he became quite proficient in the local woodworking crafts. These influences, among others, would become the basis for his later sculptural work. As a result of Puryear’s attention to precision and permanence in his work, it often takes him years to complete a single sculpture. The artist is a true craftsman who handles all aspects of production himself.

Director Suzanne Swarts: Martin Puryear reminds me of a Geppetto-figure, carefully conjuring his sculptures out of the wood and then tinkering with them endlessly until he has found exactly the right form. He is like a father who pours love and time into his works of art, shaping them in such a way that they seem to go on growing even after they are ‘finished’.

Because Puryear applies traditional methods such as woodworking, plaiting and construction techniques, his objects have a familiar, recognizable appearance. In truth, however, their apparent simplicity is interlaced with various layers of cultural and historical references that render his works highly complex. In addition to his own formal language, Puryear also gives his works meaningful titles that refer (for instance) to the legacy of slavery and its repercussions on current society. Yet these references are never literal: instead, the artist always manages to avoid fixed associations with any single time or place. Puryear’s constant weaving-together of organic forms, craft and cultural-historical references ensures a place for his oeuvre in the annals of modern art.

The Martin Puryear exhibition will be on display in museum Voorlinden from 20 January through 27 May 2018. Martin Puryear (1941) lives and works in upstate New York. His first solo show debuted in 1968: fifty years before the opening of this new exhibition at Voorlinden. Since then he has had various exhibitions dedicated to his work, in cities including Chicago, Washington D.C. and San Francisco. He has completed a number of works in public spaces in Europe, Japan and the United States as well. In 1989, he represented the United States at the Biennale in São Paulo and his work was displayed at Documenta 9 in Kassel in 1992. In 1997, MoMA in New York organised a retrospective of Puryear’s work. He received a 2011 National Medal of Arts from then-President Barack Obama: the highest distinction available to an artist in the United States. Voorlinden has been collecting works by Puryear for quite some time; this show continues its tradition of showcasing artists who have a strong connection to the museum’s collection.

American Season
The Martin Puryear exhibition will constitute part two of the American Season: a period in which four diverse American artists will be on consecutive display in the museum. Following the current duo exhibition of Shio Kusaka and Jonas Wood, Voorlinden will continue the series with Puryear and then the painter Wayne Thiebaud (1920) in the summer of 2018.