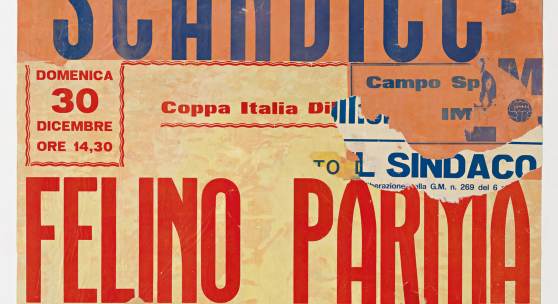 NEW YORK, 22 February 2018 – Sotheby’s S|2 Gallery in New York is pleased to present an exhibition of collages, encaustics and silkscreens by Pritzker Prize-winning architect and artist Richard Meier. Famed for his gleaming, clean-lined structures like the Getty Center in Los Angeles, The Barcelona Museum of Contemporary Art, Rome’s Jubilee Church, and the High Museum of Art in Atlanta, Richard Meier: Artist seeks to explore a lesser-known side of the star-architect – the artist. On view from 22 February through 29 March, the 30+ works examine the relationship between space, form and light – all fundamental concepts for Meier’s architecture.

Julian Dawes, Vice President, Co-Head of Impressionist & Modern Art Day Dale said: “Getting to know Richard Meier the artist has been an incredible treat and one Sotheby’s is thrilled to share. To me, Richard’s dual pursuits of architecture and artistry reflect opposite poles of a genius brain, each the antidote to and refuge from the other. Architecture by nature requires submission—to clients, to deadlines, to budgets, to codes, and of course physics. Richard's artworks, meanwhile are in a constant state of flux, and Richard the artist is utterly free. His preferred techniques of paper collage and encaustic mosaics seem designed to invite endless, indulgent, gleeful revisiting— not to mention the tactile joy of being both designer and constructor. The work is alternately reminiscent of Rotella, Rauschenberg and Schwitters, but with a completely unique voice and demonstrated mastery of a truly diverse array of techniques. The strength of Richard’s artistic voice allows for great variety between scale, texture and color all in the same room without losing cohesion.”

VIDEO: RENOWNED ARCHITECT RICHARD MEIER EXPLORES ABSTRACT ART
Meier began experimenting with collage in the early 1950s, where he studied architecture, art history and painting at Cornell University. In the 1960s, as Meier began his career at Skidmore, Owings & Merrill and then with Marcel Breuer, he simultaneously pursued his artistic practice, attending evening classes at the New School where he met his life-long friend Frank Stella.

In 1973, Meier was invited to spend a year working as the resident architect at the American Academy in Rome. During this period, he collected propaganda posters, drawn to their typography, color and varied designs. At the end of his tenure at the American Academy, Meier rolled up over one hundred posters that he had collected, packed them in a large tube and carried it back to New York City. These posters would become the source material for his series of collages, many of which are featured in this exhibition.

In 2011, Meier met Gary Lichtenstein, a publisher and master printer of limited edition silkscreen prints. Together they have been producing limited edition silkscreen prints ever since. While all are based on Meier’s collage technique, many have been hand embellished with drawing and additional collage material by Meier himself, resulting in a suite of unique works on paper whose origins began with silkscreen.

Nicholas Cinque, S|2 Gallery Director, New York, commented: “It has been an honor to work so closely with Richard on this exhibition. While Meier is internationally known for his civic and cultural projects, from museums to skyscrapers, this exhibition is a unique opportunity to explore a part of Meier’s historic career that has not often been seen by the public. Through his collages and encaustics, we hope to introduce the public to another side of his creative output that highlights the dynamic relationship between Meier the artist and architect.”