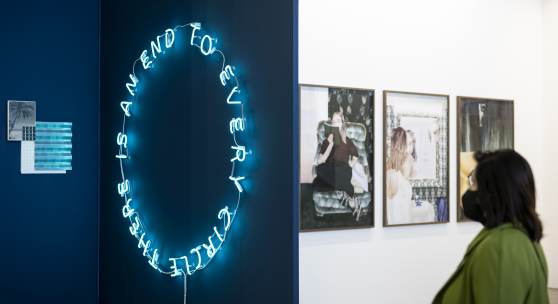 Artissima announces thegalleries and artists participating at the 29thedition of the fair, the first directed byLuigi Fassi.

Taking place in Torino from 4 to 6 November 2022, under the theme “Transformative Experience”, Artissima is the only fair in Italy exclusively focused on contemporary art.

From Friday 4 to Sunday 6 November2022, the large, luminous spaces of the Oval in Torinowill welcome the four flagshipsections of the fair–Main Section, New Entries, Monologue/DialogueandArt Spaces & Editions–and three curated sections–Disegni, Present FutureandBack to the Future –with the participation of 174Italian and international galleries, including 35monographic projects.

In the words of Luigi Fassi, Director of Artissima:The 29theditionof Artissima in Torino reflects first of all the force of the Italian and international networkof the fair, which has extended its action of research and scouting on a globallevel, to continue to offer collectors and museum professionals an experience of discovery, with galleries and artists of the highest levels from Europe,America, Africa and Asia. The 40galleries taking part in Artissima for the first time in 2022 bear witness to the fair’s appeal and its status as a catalyst of experiments, research and investment in the art market. Once again this year, the fair will honor the trust placed in it by collectors, curators and visitors, and those who continue to take part in Artissima will be rewarded, discovering that in Torino they have been able to intercept the works and artists that will be the protagonists of the near future.”I

Intesa Sanpaolo has confirmed its support for the new iteration of Artissima asMain Partner, a commitment to art –especially contemporary art –reflected in the opening two months ago of the Gallerie d'Italia in Torino, Piazza San Carlo, dedicated to the world of photography.