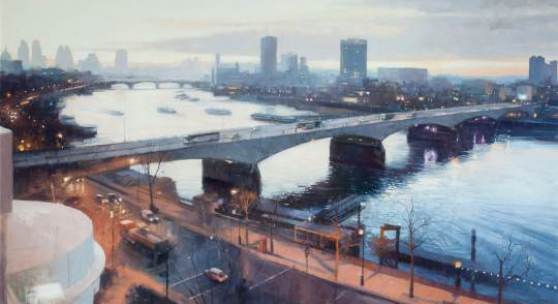 For the twelfth time the art fair REALISME is organized in the Passenger Terminal Amsterdam. It is the only art fair in the Netherlands, and maybe even in the world, exclusively devoted to contemporary figurative and realistic art. With its history going back to the famous 17th century - the Golden Age of Rembrandt and Vermeer -, figurative and realistic art is very much rooted in the Netherlands and still immensely popular. At Realisme, 27 national and international galleries exhibit and sell works of art by Dutch and foreign artist. Realisme showcases artworks by renowned artists as well as by young artists who shed new light on figurative art. Among the galleries are long term participants such as gallery Petit and Mark Peet Visser, but also newcomers as Archaeopteryx Lithographica from Amsterdam and Thompson’s Gallery from London.

The fair takes place in the lofty hall of the Passenger Terminal Amsterdam, where large cruiseships dock during the summer, but which is used as a venue for cultural events during the winter. It is conveniently located at the IJ waterfront boulevard near Central Station. Hungry visitors can treat themselves to the culinairy specialties of well-known Dutch bakery De Bakkerswinkel.

For the Dutch speaking audience there will be free artists talks on Thursday January 15 and the Amsterdam Wackers Academy organizes drawing workshops during the fair. The programme will be published on the website: realismeamsterdam.com