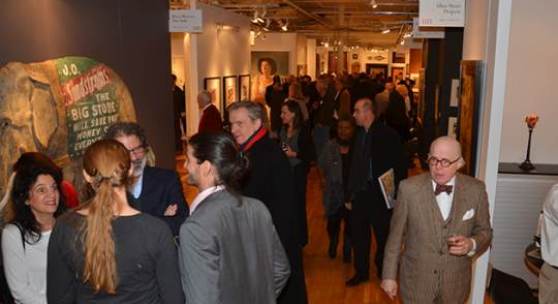 New York: On January 22, three of Manhattan’s foremost designers will face off in a lively panel discussion entitled Past to Present: Design Beyond the Boundaries. Sponsored by Metro Curates and moderated by Wendy Goodman, the taste-defining Design Editor of New York magazine, the panel will feature Antonino Buzzetta, Sara Gilbane and Patrick Mele, three of the hottest go-to authorities on design today. With their fingers firmly on the pulse, eyes keenly on the ball and ears intently to the ground, these designers are well-versed in what’s trending in design and pushing boundaries. They know what’s hot and they’re not afraid to say what’s not.

Antonino Buzzetta has worked side-by-side with some of the most notable names in the design industry, including Philip Gorrivan, Juan Pablo Molyneux and David Scott. Buzzetta founded Antonino Buzzetta Design in 2010 and has since made it his mission to closely collaborate with his clients to Antonino Buzzetta achieve a balance of timeless elegance and a distinctly modern sensibility. “One of the aspects that I love most about mixing different styles and periods is that it allows you to be eclectic,” says Buzzetta, who placed a pair of Venini glass sconces from the1970s over a rare 1950s four- door Tommi Parzinger credenza in cream lacquer. “This is a perfect example of how I love creating a balancing act with various periods,” says Buzzetta. “There’s something magical about new pieces breathing life into old ones—it creates a fine aura of consummation.”

Named one of the Top 20 Next Wave Designers by House Beautiful and one of Traditional Home’s Top 20 New Traditional Designers, Sara Gilbane is best known for her classic modern-traditional style that combines low-key and elegant pieces with a youthful chic grounded in practicality. “I strongly believe in blending pieces from Sara Gilbane different periods and styles,” says Gilbane, who paired a 19th-century Swedish secretary with a 1940s French leather chair and used an Amish quilt as a bed covering to complement the contemporary Bruschwig & Fils fabric on the headboard. “I never pooh-pooh an accessory,” says Gilabane, “since even humble unexpected pieces can play a standout part once the rooms are completed and you see where the pops need to be.” Gilbane’s interiors have starred in features in The New York Times, Elle Decor, Better Homes and Gardens and The New York Observer.

Patrick Mele uses his know-how to design customized environments that capture the singular personalities of his clients. They include some of America’s most iconic retail brands, including Ralph Lauren, Kate Spade, Bond No. 9, J.Crew and Schumacher. “Blending different periods and styles of furnishings along with art in a room is akin to dressing with style, like combining Chanel with a white Haines tee-shirt,” says Mele, who employed a 1960s abstract painting against 19th-century French wallpaper panels and surrounded an early- 19th-century Anglo-Indian dining table with upholstered chairs from the 1970s in their original chartreuse fabric. “These kinds of disparate pairings,” asserts Mele, “breathe a kinetic energy into any environment and contribute to the storytelling of a space.” Mele recently introduced first fabric design, “Grace,” inspired by Grace Jones and available through John Rosselli’s New York showroom.

Wendy Goodman is the Design Editor of New York magazine and a contributing editor at Departures magazine. Goodman is the author of The World of Gloria Vanderbilt and the coauthor of Tony Duquette, both published by Abrams Books. She began her career at the New York Times Sunday Magazine as a freelance fashion editor and has worked at House & Garden and Harper’s Bazaar, as well as a contributor to French and German Architectural Digest.