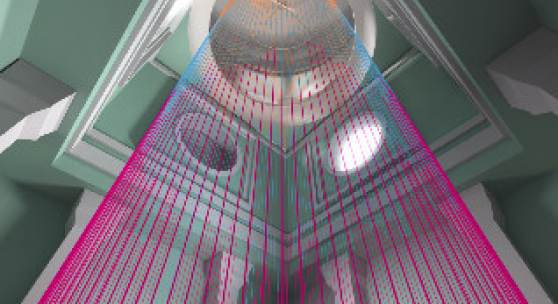 The London Design Festival is an essential platform for the capital’s major trade shows taking place across London, featuring work from a local and international network of both new and established exhibitors. These shows comprise 100% Design, Decorex International, designjunction, Focus/16 and The London Design Fair (including Tent London & Super Brands). This year, a brand new show makes its debut at Kensington Olympia’s Pillar and Upper Pillar Halls. Exciting and innovative design will be debuted at these ‘Design Destinations’, which are key events for designers and manufacturers alike aiming to build their presence and reach new audiences as well as for consumers seeking design and interiors ideas.

For further information on Design Destinations visit: londondesignfestival.com/ design-destinations First staged in 1995, 100% Design last year attracted over 26,000 professional visitors to one of London’s most inspiring venues, Olympia London. Visitors to the show include architects, designers, specifiers, retailers and developers, as well as multinational companies looking to source directly for their latest projects. With five sections comprising Interiors, Workplace, Kitchens & Bathrooms, Design & Build and Emerging Brands, 100% Design can justly claim to be the commercial cornerstone of the Festival.

DeSIGN & LUXURYMADE OLYMPIA LONDON 21-24 SEPTEMBER
This year’s theme is ‘Experience’, which will be explored across the show through specially commissioned installations, immersive experiences and sensory experiments. Visitors will be able to engage physically with the latest product innovations, establish new business relationships and network with design professionals.

100% Design is renowned for the quality of its talks programme and this year, the talks with 100% Design will be curated by the Design Museum as part of their ‘on loan’ campaign with activity out and about in Kensington until the museum opens there on 24 November 2016. The talks will present thought leaders in the industry, alongside panel discussions exploring trends in contemporary practice as well as the future of design.

Making its debut at the London Design Festival 2016 is LuxuryMade, a new show dedicated to contemporary decorative interiors which will showcase luxury furniture, fabrics and carpets, lighting and accessories. Staged alongside 100% Design close to the site of the new Design Museum, it is the latest addition to the West Kensington area’s burgeoning design offer. LuxuryMade will bring together a selection of the best manufacturers including such distinguished names as Lasvit, Cassina, Poltrona Frau and Zimmer & Rhode, in the unique setting of Olympia’s Pillar Halls, parts of which have been hidden from public view for over 20 years.

Decorex International will again be held in the historic grounds of Syon Park. Over the course of four days, visitors will have the opportunity to see new collections from more than 400 exhibitors, showcasing the latest designs from furniture, lighting, fabrics, wallpapers and decorative accessories to flooring, kitchens, bathrooms, tableware and bedding.

DECOREX INTERNATIONAL SYON PARK 18-21 SEPTEMBER
Decorex International sees the return of ‘Future Heritage’, its acclaimed feature that exhibits work by some of the leading names in British craft and showcases new materials and techniques. Curated again by renowned design and applied arts critic, Corinne Julius, ‘Future Heritage’ has been widely credited with raising the profile of craft in the interior. Especially for 2016, this select group of 14 makers will be presenting new work and processes that can be commissioned by interior designers and architects for use in their projects, such as lighting, flooring, and textiles.

Renowned British furniture designer, Tim Gosling, is curating the main entrance at this year’s Decorex International. Embracing this year’s show theme, ‘The Roots of Design’, Tim will be constructing a spectacular exhibition called ‘The Heritage of Chair Making’ that documents the links between interior design, architecture and the exceptional heritage of British craftsmanship through the ages. Working with the historic collections from the Victoria and Albert Museum and The Frederick Parker Collection, Tim will be asking twelve leading British visual creators including Paul Smith, Jasper Conran and James Dyson, to choose their favourite piece and why it speaks to them.

The popular Champagne Bar is being designed by 1508 London while designer Suzy Hoodless is curating the VIP Lounge, in association with House & Garden. Tuesday 20 September will be the dedicated consumer day when Decorex welcomes the general public to explore the show and its unrivalled offering, including a pop-up food market, a chance to indulge in luxury street food from some of London’s rising stars in the food industry, interactive feature areas, as well as the popular champagne bar and restaurant.

DESIGNJUNCTION KING’S CROSS 22-25 SEPTEMBER
Celebrating its sixth year, designjunction returns this September taking up residence in an exciting new home in King’s Cross with a programme of design exhibitions, installations, retail experience, events and workshops based upon the theme, ‘Immersed in Design’. designjunction is also working closely with the King’s Cross Development and Central Saint Martins, UAL on this year’s event.