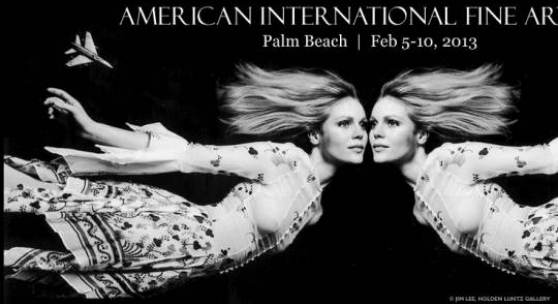 Palm Beach, FL - December 13, 12 – International Fine Art Expositions, founders and organizers of the American International Fine Art Fair (AIFAF) - Palm Beach's original fine art fair – are pleased to announce the 2013 lecture series.  The series has traditionally been a well-received facet of the fair's program, offering an educational perspective from some of the industry's top professionals.  The 2013 schedule will offer insight into some of art history's most iconic figures and events as well as examine the current trends in today's ever changing art market.

Geza von Hapsburg will examine the rich and bloody history of Faberge collecting including the ill fated Nicholas and Alexandra, the last Russian monarch.

Robert Indiana and the Star of Hope

This lecture examines the life and work of a living legend, Robert Indiana, the creator of the Love sculpture, and many other icons of the Twentieth Century.  These incredible works of art have been diffused in particular through the production of multiples, and this lecture examines the artist's highly important graphic works like the Hartley Elegies, 1990/1991. For the last 30 years, Indiana has lived in an 1884 Oddfellows Lodge, his home and studio, the Star of Hope.  Komanecky has spent a great deal of time with the artist, and a fascinating feature of the lecture will be a first-hand look at the artist's life.

By Dr. Roger Ward, former Chief Curator and Deputy Director of the Norton Museum of Art

This lecture is grabbed right from the headlines! Between 1492 and 1502, Leonardo made unforgettable portraits of three women intimately associated with Ludovico Sforza--known as "Il Moro"--usurper of the Duchy of Milan; likewise of the duke's sister-in-law, the extraordinary Isabella d'Este, Marchesa of Mantua; and of the young Florentine matron, Lisa Gherardini. Mystery, controversy, and even tragedy have dogged these remarkable works for more than 500 years. Recent research has yielded new discoveries about their histories, the lives of the sitters, and about the artist's supreme technical achievements.

This lecture gives an overview of the current trends in the art market, as well as looks at the question of using art as an asset. It covers buying and selling, and the drivers of connoisseurship and collector demand. Ms. Gaffney will offer market insights regarding the fundamentals of collecting art and antiques, and most importantly, getting it right!

By Marla Prather, Curator of Modern and Contemporary Art at the Metropolitan Museum of Art, and curator of the exhibition Regarding Warhol: Sixty artists, Fifty years.

This lecture, and the exhibition of the same name at the Met, examines a fascinating dialogue between works of art and artists across generations. For decades, critics have observed that Andy Warhol exerted an enormous impact on contemporary art, but no exhibition has yet explored the full nature or extent of that influence. Through approximately forty-five works by Warhol alongside one hundred works by some sixty other artists, Regarding Warhol: Sixty Artists, Fifty Years juxtaposes prime examples of Warhol's paintings, sculpture, and films with those by other artists who in key ways reinterpret, respond, or react to his groundbreaking work.

Public fair hours run February 6th-10th from 11am – 6pm, with a VIP Preview on February 5th.  The fair will be located at the Palm Beach County Convention Center, 650 Okeechobee Boulevard. Tickets can be purchased at the door or online for an advance-discounted price. Valet parking will be available in addition to convention center and city parking.