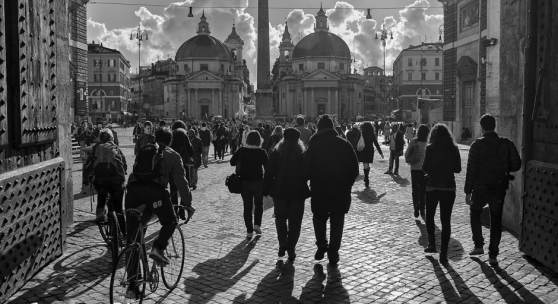 Milan – February 9th, 2015 - italianstreetphotography.com is a collector of artistic street energy on our territory, which wants to promote them and spread around so they can be know outside of our national borders. The project, promoted by www.Photographers.it and urban.dotart.it, proposes itselfs as a reference point for those for those who, on an artistic level, recognise themselves in a made in italy street photography style, and they wish to spread this particular way of interpreting reality all over the world. For that reason contents will be promoted and publicized in english, not just through the site but also through the project's promoters pages and their social networks.

The project amounts to explorate the made in italy street aesthetics, not just as a fashion trend, but as a way of living: different ways of dressing up, be yourself, be together. Street sport, free running, skateboarding, bmx freestyle; and also everything that happens on the street, from the typical italian festivals (such as religious feast and so) to the fashion trend for boys and girls, the evolution of artistic phenomenons such as 'madonnari' and the trends tied to tattoos, piercings and body modification, and the cosplay's world.

comprare il giornale, Roma, fotografia di Franco OlivettiItalian Street Photography isn't only a web showcase The project is organized in different forms of production and artistic visibility. Beyond the site, which will be constantly updated in complete autonomy by the selected Authors, an exhibit and the pubblication of another photography book are scheduled. All the content will be an exclusive production of the 20 chosen contributors, who will be able to offer the visitor updated visions of the Italian Street style on the two partner promoters' sites too and on the connected social networks.