European Art at Sotheby's NY May 2017 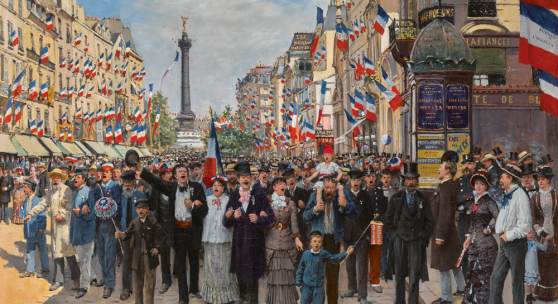 NEW YORK, 15 May 2017 – Sotheby’s annual spring auction of European Art will be held in New York on 24 May 2017. The sale offers more than 80 paintings and sculptures that exemplify the diversity of the 19th to early 20th centuries, led by exquisite works by Jean Béraud, Jean-Léon Gérôme and William Bouguereau. Many of the pieces on offer have emerged after decades spent in private collections, including newly-rediscovered paintings by John William Godward, Jean-Francois Millet and Sir Alfred James Munnings. The public exhibition will open in our New York headquarters on 20 May, alongside our American Art and Latin American Art sales.

SIR ALFRED JAMES MUNNINGS: PORTRAITS OF AMERICAN SOCIETY
The May sale includes a varied selection of paintings by Sir Alfred James Munnings. In 1924, Munnings left England for his only trip to the United States – a whirlwind six-month itinerary of painting and parties. The artist first visited New York, Washington and Pittsburgh, and later joined Frederick Prince and his family on their estate in Massachusetts, where he expanded his portrait commissions to their fellow members of South Hamilton’s Myopia Hunt Club – the first being Mr. & Mrs. Bayard Tuckerman. Munnings was initially hired to paint a Portrait of Mrs. Bayard Tuckerman (estimate $300/500,000) and the result so impressed her husband that he requested his portrait to be painted. The Portraits of Mr. Bayard Tuckerman (estimate $300/500,000) and Mrs. Tuckerman have been hanging on the family’s walls ever since they were painted in 1924, and will make their public debut in our New York Galleries this May.

After painting his “New England friends,” Munnings visited Long Island, New York, painting members of the Phipps, Whitney and Brady families, the latter of which commissioned a vibrant and elegant Portrait of Miss Ruth Brady on Bugle Call (estimate $1.4/1.8 million). Inspired in part by a long tradition of British portraiture of noblemen and gentry on their horses, Munnings’ stylish and vibrant portraits brought him incredible success both in the United States and Britain.

LEARN MORE ABOUT SIR ALFRED JAMES MUNNINGS: PORTRAITS OF AMERICAN SOCIETY
FIVE EXCEPTIONAL WORKS BY JEAN BÉRAUD
Jean Béraud was the most celebrated observer of Parisian life during the Belle Époque, and this season Sotheby’s is privileged to offer five outstanding paintings by the artist from a private collection. Each painting is an entertaining spectacle as much as it is a historical document. Captured in riveting detail, La Marseillaise (estimate $400/600,000) is a light-filled painting depicting an exuberant group of workman, artists, students and shopkeepers parading westward down rue St Antoine from the Place de la Bastille singing the Marseillaise on Bastille Day in 1880. Le Monologue (estimate $400/600,000) is an interior scene depicting an attentive audience sitting on the edge of their seats, shoulder-to-shoulder listening to the celebrated French actor, Coquelin cadet.  The women are rendered in vivid detail, clad in brightly-colored gowns and flanked by the tailored display of men in black-and-white evening costume.

LEARN MORE ABOUT THESE WORKS BY JEAN BÉRAUD ON SOTHEBYS.COM
AN IMPORTANT REDISCOVERED WORK BY JOHN WILLIAM GODWARD
Previously unrecorded, John William Godward’s masterpiece Julia (estimate $750/950,000) adds an important rediscovery to the artist's oeuvre. This tour-de-force of color, form and structural harmonies is a hallmark of the artist’s ability to balance hard and soft, opaque and translucent. The work has descended through the family of Julia Sophia Winkelmeyer Straub, the daughter of the St. Louis brewer Julius Winkelmeyer, over generations. As far as is known, this is the first time that the painting has been seen in public since it joined her collection over a century ago.

RARE MASTERPIECE BY WILLIAM BOUGUEREAU
Furthermore, the auction includes a superb full-length painting by William Bouguereau. Dating from 1891, Petite Bergère (estimate $900,000/1.2 million) appearing on the market for the first time in more than 30 years and offers collectors a rare chance to add a masterpiece by the artist to their collection.