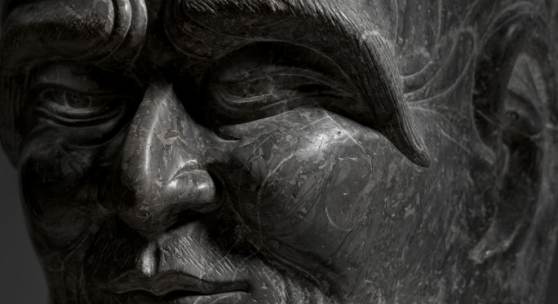 NEW YORK, 6 September 2018 – As a highlight of our upcoming Asia Week sale series in New York, Sotheby’s is honored to present an extraordinary group of Chinese art from the collection of Stephen Junkunc, III – one of the largest and most important collections of Chinese art ever assembled in the United States.

At its height in the mid-20th century, the Junkunc Collection numbered over 2,000 examples of exceptional Chinese porcelain – once including two examples of the fabled Ru ware – jade, bronzes, paintings and Buddhist sculptures. The collection serves as a testament to a period of unprecedented abundance of important Chinese material available in the West, as well as Junkunc's limitless intellectual curiosity, coupled with the means and savvy to acquire internationally from the leading dealers in the field.

Angela McAteer, Head of Sotheby’s Chinese Works of Art Department in New York, commented: “It has been a true privilege to work with these extraordinary objects, as well as with the Junkunc family in telling the story of this remarkable collection. The selection of Buddhist sculpture at the heart of this offering represents the best such material to appear at auction since the famed J.T. Tai sale at Sotheby’s Hong Kong in 1997. When combined with the exceptional examples of porcelain, paintings and calligraphy, the collection is a must-see for collectors, connoisseurs and admirers of the best of the very best in Chinese art.”

The centerpiece of the Junkunc Collection at Sotheby’s is a dedicated auction of magnificent Chinese Buddhist sculpture, to be held on the morning of 12 September. The sale comprises 17 pieces that span nearly 1,000 years of early Buddhist stone, lacquer and gilt-bronze sculptures dating from the Northern Wei to Ming dynasties. The auction will be led by a led by a Rare Painted Limestone Figure of a Standing Bodhisattva from the Tang dynasty, estimated to sell for $1.5/2.5 million.

In total, more than 100 works that have descended through the Junkunc family to present will be sold across Sotheby’s Asia Week sales. In addition to the dedicated sale of Chinese Buddhist sculpture, works will be included in our sales of Important Chinese Art (12 September), Fine Classical Chinese Paintings & Calligraphy (13 September), and Saturday at Sotheby’s: Asian Art (15 September).

Alongside his role as manager and part owner of the company, Stephen Junkunc, III spent his free time forming an extraordinary collection of Chinese art. Junkunc was a voracious reader who studied the Chinese language and kept extensive libraries of Chinese art reference books and auction catalogues at both his home and office. He appears to have made his first acquisitions in the early 1930s, apparently after having happened upon a book on Chinese art. During the 1940s, Junkunc broadened the scope of his collecting interests to focus on earlier material, including Song to Ming ceramics, archaic bronzes and – crucially – Buddhist sculpture.

By the early 1950s, Junkunc had amassed an impressive collection of Chinese works of art which by then was largely securely stored in the museum-like environs of a subterranean bomb shelter in the grounds of his home in Oak Park, Illinois. In a 1952 profile in the Chicago Tribune, the bunker is described as storing a ‘priceless hoard’, with ‘shelves weighted with priceless pieces of Chinese art, prizes produced thru a span of centuries. A record of a nation in tapestry, bronze, jade, pottery, robes, and lacquer'.

The 1950s and 1960s witnessed perhaps the most fervent period of buying activity for Stephen Junkunc. His purchases during this decade, which sometimes involved acquiring up to 50 works at a time, appear to have concentrated primarily on early material, including a number of acquisitions of Buddhist sculpture, which consistently ranked amongst his most expensive purchases. Junkunc continued purchasing and studying Chinese art until his death in 1978, whereupon the collection passed to his son Stephen Junkunc IV and has remained in the family collection.

This figure of a bodhisattva is remarkable for its graceful post, naturalistic, yet genderless physique, elegant flowing skirt and scarves, and voluminous flower-decorated hair style. It is a classic example of China’s Buddhist stone carving from the High Tang period under Emperor Xuanzong (r. 713-755) – the period that saw perhaps the greatest flowering of China’s plastic arts.