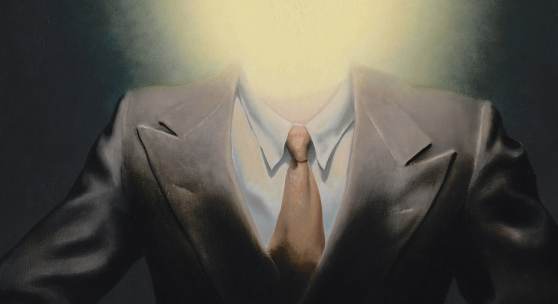 The Most Important Work of American Modern Art Ever to Appear at Auction, Marsden Hartley’s Pre-War Pageant * Estimate in the Region of $30 Million *

AUCTION IN NEW YORK 12 NOVEMBER
NEW YORK, 29 October 2018 – Sotheby’s is pleased to unveil highlights of our 12 November 2018 Evening Sale of Impressionist & Modern Art in New York. The 65 lots on offer will open for public view in Sotheby’s York Avenue galleries beginning this Friday, 2 November, as part of our marquee exhibitions of Impressionist & Modern, Contemporary and American Art.

THE BEAUTIFUL & DAMNED
This November, as the world pauses to remember the events of the First World War on the centenary of the Armistice of 11 November 1918 that drew it to a close, Sotheby’s has brought together a group of works that illustrates the tremendous and varied impact of the war on the artistic production of those whose lives it transformed.

Incorporated into the Impressionist & Modern Art Evening Sale on 12 November, the offering will assemble works that capture the period from immediately prior to the outbreak of the war through to its aftermath, together telling the artistic history of that momentous period. The works will be presented under the moniker ‘The Beautiful and Damned’, in reference to the 1922 novel by F. Scott Fitzgerald – the title of which alone captures the vicissitudes of the time.

SUPERB SURREALIST WORKS BY MAGRITTE & MIRÓ
The Evening Sale features an ensemble of Surrealist works, led by René Magritte’s Le Principe du plaisir (The Pleasure Principle) from 1937 (estimate $15/20 million). The entrancing portrait depicts Edward James, one of the most influential patrons of Surrealist art, who was introduced to Magritte by Salvador Dalí in 1937. Commissioned directly by James, the present portrait was rendered from a photograph of the patron that was taken according to the artist’s specifications by fellow Surrealist, Man Ray. Magritte envisioned the concept for the present work before ever meeting James – in 1936, the artist included an ink sketch resembling the oil on the first page of a hand-made book honoring the Surrealist poet, Paul Éluard.

Executed in 1934, Joan Miró’s monumental Figure leads a trio of works on offer by the artist (estimate $7/10 million). Filled with dazzling color and tonal variation, the pastel embodies the powerful works produced by the artist as chaos loomed over Spain and Europe at large near the onset of the Spanish Civil War. In the late summer and fall of 1934, Miró worked on a series of 15 pastels on velour paper, primarily featuring single figures with markedly gendered attributes. Similar examples from this groundbreaking series can be found in some of the world’s most prestigious institutions, including The Museum of Modern Art, New York, the Philadelphia Museum of Art, Philadelphia and the Centre Georges Pompidou, Paris.

RESTITUTED MASTERWORKS OF MODERNISM
This season’s sale is distinguished by a number of important works that bear witness to the history of Jewish collectors who were persecuted during World War II.

Painted during the height of his association with Die Brücke, Ernst Ludwig Kirchner’s Weiblicher Akt (Female Nude) & Blaue Dame im Tiergarten (Lady in Blue in the Park) is an enigmatic dual-sided canvas that encapsulates his central stylistic contributions to the German avant-garde (estimate $6/8 million). Painted in 1908, Weiblicher Akt utilizies bold brushstrokes and warm, vivid hues to depict a seated nude – in contrast, Blue Dame im Tiergarten, which was painted in 1912 amidst Kirchner’s celebrated Berlin street scenes, employs a cool palette and traditional woodcut techniques to characterize the refined elegance of his longtime partner and frequent sitter, Erna Schilling.

The dynamic work comes from the collection of Regina Freudenberg of Berlin, who was an heiress to the Kaufhaus Gerson – the premier fashion store in Berlin at the time. Freudenberg assembled a magnificent collection of contemporary art during the first quarter of the 20th century, though the Kirchner is published as having left her hands by 1933. Kaufhaus Gerson was aryanized in 1936, and Regina’s home was lost the following year. The present owner is offering this work in the November sale in cooperation with the heirs of Regina Freudenberg.

Painted in 1913, Dämmernde Stadt (Die Kleine Stadt II) (City in Twilight (The Small City II)) is one of Egon Schiele's finest landscapes remaining in private hands (estimate $12/18 million). The dreamlike view above the city of Krumau – birthplace of the artist's mother – documents the pivotal period during which Schiele established his singular and now-iconic visual language, after years of shadowing his mentor Gustav Klimt.