Ready for the next Ice Age? 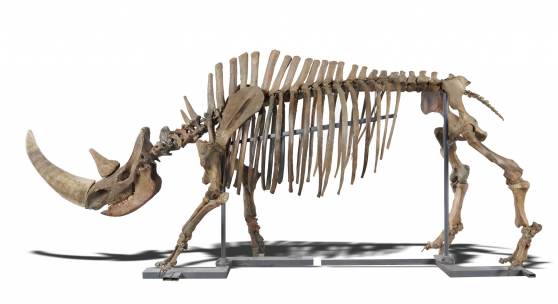 Of particular note is a 19th Century collection of Baltic amber all of which contain insects in a mahogany case. The Baltic region is home to the largest known deposit of amber, called Baltic amber or succinite. It dates from 22 million years ago (during the Eocene epoch). It has been estimated that these forests created more than 100,000 tons of amber. Baltic Amber is fossilized resin. Although not a mineral, it is generally classified as a gemstone. Because it used to be soft and sticky, tree resin amber can sometimes contain insects as in the present collection in which every specimen contains an insect or insect part. This collection is reputed to have been formed by a Mr N.D Derbyshire in the late 19th/ early 20th century. A photograph of him and his wife is included in the lot, together with a quantity of illustrated notes identifying the insects in each piece of amber which are numbered. The whole collection was sold in one lot for £5,800 (£7250) against an estimate of £3,000-5,000.

A pair of Whale jaw bones from the early 19th century, possibly North Atlantic, are each measuring approx 13ft long (397cm). These jaw bones were used as an arch outside the home of a foundry owner who had supplied whaling ships with cast iron “try pots”, where they stood for many years before being removed into storage several decades ago. They sold at high estimate for £4,000 (£5000) after a fierce bidding war in the room against the phones and a commission bid.

Summers Place Auctions are the world's leading auctioneers of Garden Statuary and Natural History.
The sales are held in the award winning 5000sq ft gallery nestling within 6 acres of walled gardens and the arboretum of the Victorian mansion, Summers Place, outside Billingshurst in West Sussex.