Art Deco & Beyond: A Celebration of 20th Century Jewellery 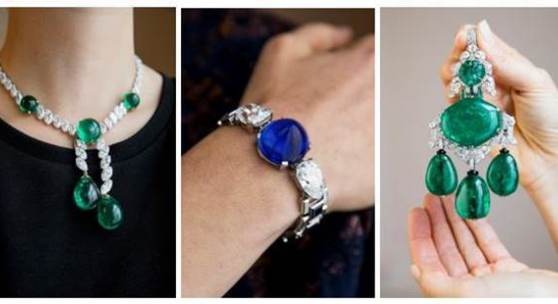 Geneva, 17 October 2019 – Sotheby’s upcoming auction of precious jewels and gemstones in Geneva will be a celebration of jewellery design, showcasing exceptional Art Deco jewels, complemented by stunning signed jewels from the latter part of the 20th century. Ahead of the sale on 13 November, the global team of Jewellery specialists has gathered a selection of extraordinary jewels which tell the story of jewellery design through the 20th century. The autumn selection will showcase emblematic designs from the seminal period of the 1920s and 1930s, as well as more contemporary pieces, bringing jewellery design up to the present day.

Speaking ahead of the sale, David Bennett, Chairman of Sotheby’s International Jewellery Division, said, “This season’s auction will offer a walk through the most important themes of 20th century jewellery. There are exquisite Cartier pieces from the Art Deco era - a period which we have seen time and again holds special appeal for collectors from New York to Paris to Shanghai - including the Burmese cabochon sapphire bracelet, which is a stunning and timeless 1920s design. Emblematic pieces from the ensuing decades, created by master jewellers including Harry Winston, Bulgari and JAR, bring to life key moments in modern jewellery design.”

A sapphire and diamond necklace by Bulgari offers an insight into the eye-catching designs of the Italian jewellery house, which thrived during the 1970s (Estimate CHF 300,000 – 500,000 / $ 300,000 – 500,000). The necklace was formerly in the collection of Faith Domergue, the American actress and contemporary of Marilyn Monroe perhaps best known as a “scream queen” for her early appearances in science fiction and horror pictures of the 1950s.

Please find attached a fully illustrated press release. Highlights from the sale will be on view in London, Hong Kong, Taipei, Singapore, New York and Geneva ahead of the auction on 13 November.