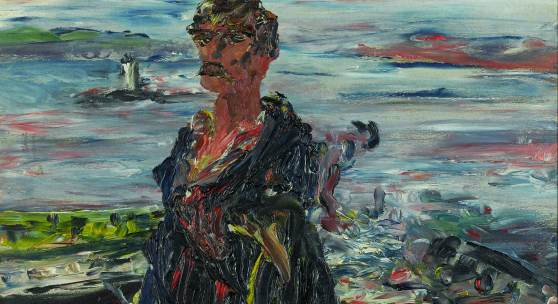 This year, Sotheby’s annual Irish Art sale, including Property from the Collection of Sir Michael Smurfit, carries the highest combined pre-sale value since the reintroduction of dedicated Irish art sales in London in 2015. Comprising 60 lots and featuring a roll-call of the most beloved and esteemed names in the field, amongst a strong selection of works by contemporary artists, the sale is estimated to bring in the region of £3.2 million. Preceding the auction in London on 9 September 2020, public exhibitions are set to take place at the Royal Hibernian Academy in Dublin from 27 to 30 August, by appointment, and in our New Bond Street galleries from 4 September.

The Collection of Sir Michael Smurfit
Eighteen works from the collection of Sir Michael Smurfit are distinguished by Louis le Brocquy’s Travelling Woman with Newspaper (est. £700,000-1,000,000), one of the artist’s most significant works, and a number of exceptional paintings by Jack B. Yeats, Sir John Lavery and Sir William Orpen. When last sold at auction, at Sotheby’s twenty years ago, where it was acquired by Sir Michael, le Brocquy’s masterpiece established an auction record for the artist, with a price that has remained unbeaten to this day.

Over thirty years, Sir Michael assembled an array of Irish artworks to furnish his K Club luxury golf and hotel resort, and private residence, in Co Kildare. From the very beginning, he sought out the best examples available on the market, to the extent that his collection features not only many of Ireland’s most famous artists, but also some of their finest paintings. Separate press release available here.

Highlights Outside of the Smurfit Collection
Jack B. Yeats, Kerry Fisherman, oil on panel, 1927, est. £70,000-100,000
Kerry Fisherman by Jack B. Yeats is a quintessential Yeats image making its first appearance at auction, having been in a private family collection in Canada for over fifty years. The fisherman’s strong features and confident stance offer a heroic figure, typical of the artist’s depiction of sea-faring men. Yeats’s wonder and admiration for such figures was instilled in him during his childhood growing up among the quays of Sligo. Dating to the late 1920s, the painting anticipates the loose brushwork, dissolving forms and freely applied colour of Yeats’ later work.

Set to appear at auction for the first time, Gerard Dillon’s The Dreamer depicts a young man most likely from the West of Ireland, where the artist had a revelatory encounter with the land and people in 1939. The self-taught artist – who was born in Belfast and worked in London before discovering the Ireland that would become his constant source of inspiration – could aptly be described as a ‘dreamer’ himself and there is an element of Dillon reflected in the figure reading a book that transports him to other places.

Property from the Yeats Family
Following Sotheby’s successful sale of the Yeats Family Collection in 2017, the sale opens with a small tranche of 12 lots consigned from the family, featuring an array of works on paper by John Butler Yeats, a charming selection of watercolour and ink drawings by Jack B. Yeats, and a portrait of P.S. O’Hegarty by Harry Kernoff. Together, they are estimated to realise a combined sum in the region of £25,000.