Masterworks From the Collection of William S. Paley 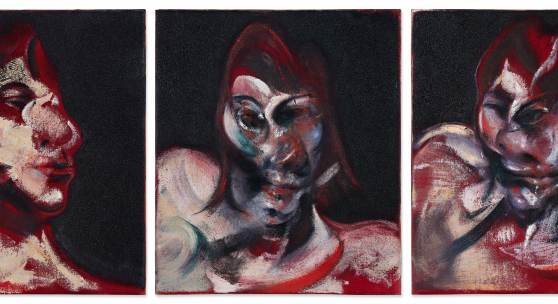 Masterworks From the Collection of William S. Paley to be offered at Sotheby's | Sold by The Paley Foundation to Benefit MoMA & Other Charitable Organizations

Major works by Francis Bacon, Pablo Picasso and Pierre-Auguste Renoir To Be Offered By The William S. Paley Foundation With Proceeds Benefiting Key Charitable Organizations, Including A New Endowment for The Museum of Modern Art Focused on Advances in Media and Technology, as well as Acquisitions

NEW YORK, 14 SEPTEMBER 2022 – The name William S. Paley (1901-1990) will be forever intertwined with that of two of the great institutions born in the 20th century: Columbia Broadcasting System, Inc (CBS), which he transformed from a small radio network in the 1920s to a giant of American broadcasting, and MoMA – the first museum dedicated to Modern Art (founded in 1929) which he championed for half a century. In these dual roles, he was at the forefront of shaping American culture and taste - firstly behind the lens of CBS at a time when television emerged as the greatest new instrument of influence on the nation, and later at The Museum of Modern Art, Paley was the looking glass through which America saw itself at every momentous turn.

At the time Paley began collecting, an appreciation for modern art was a relatively rare, radical and forward-thinking thing. In the 1930s, few collectors had the courage and vision to collect the canvases of artists such as Picasso, Renoir and Matisse. Just as Paley had done on the frontier of broadcasting - when he had written the rules and broken the rules - the painters in his collection pioneered new modes of expression. Paley’s intuitive appreciation for early 20th-century works quickly established him as one of the foremost collectors of Modern Art in America, his instinctive and discerning eye informing the creation of a uniquely distinguished collection. At the same time, he also was an active force in advising and inspiring MoMA’s collection-building over five decades and donating to the museum a number of the greatest works in its collection, including Picasso's Boy Leading a Horse (1905-06) and The Architect’s Table (1912), Cézanne’s L’Estaque (1882-83), and Redon’s Vase of Flowers (c. 1912-14).

This fall, some 29 works acquired by William S. Paley over the course of his 40-year collecting career will come to auction for the first time in at least half a century. Consigned by the William S. Paley Foundation, their sale will support a number of charitable organizations close to William S. Paley’s heart, including The Paley Museum, the Greenpark Foundation (which owns and operates Paley Park) and, not least, a new endowment at The Museum of Modern Art, established by the Paley Foundation to support MoMA’s ambitious goals in digital media and technology and to provide for new acquisitions.

First in the sequence of offerings is an extraordinary work by Francis Bacon, arguably the finest of the artist’s small-format triptychs, set to lead the Frieze Week auctions in London this October. The work will be on public view in New York from 24 – 28 September, and in London from 8 – 13 October. This will be followed in November with a further offering across Sotheby’s Marquee sales in New York, encompassing some of the most radical breakthroughs in modern painting, from synthetic cubism to color field painting and crowned by one of the most important Cubist works by Picasso to appear on the market. Highlights from the collection will be exhibited in Hong Kong, London, Los Angeles and New York this fall.

“I remember how my father loved the great artworks he collected, and which were an important part of my own experience growing up. It’s deeply satisfying that the Foundation is able to use this group of works from his collection to further support MoMA, to which he was so dedicated.” William C. Paley, Vice President of the William S. Paley Foundation

“It is a testament to the visionary philanthropy of William S. Paley that the bequest he made through his Foundation anticipated that, over time, the needs of the Museum would evolve in ways that could not have been foreseen or even imagined thirty years ago. We are deeply grateful to the Foundation for its support of the Museum and its commitment to Mr. Paley’s vision.” Glenn D. Lowry, the David Rockefeller Director of The Museum of Modern Art

“I know how deeply my friend Bill Paley cared about The Museum of Modern Art and with what devotion he dedicated himself to its advancement. With this initiative, the Foundation will honor his intention and continue his vision for MoMA.” Henry Kissinger, Chairman of the William S. Paley Foundation

“While many collectors shape their collections around that of the great museums, William S. Paley forged his own path, assisting MoMA in assembling its great collection and thereby influencing the appreciation of modern art across America. It is an absolute privilege to be working with them and with the Paley Foundation to help realize their fittingly ambitious goals. William S. Paley’s visionary collecting and unflagging ambition helped make MoMA what it is today – a catalyst for experimentation, learning, and creativity, a gathering place for all, and a home for artists and their ideas. We are thrilled to be associated with this exciting next step in its evolution.” Brooke Lampley, Chairman and Worldwide Head of Sales, Fine Art Division, Sotheby’s