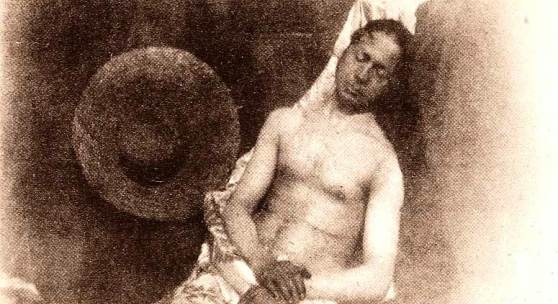 17 February, 2016, Dubai: From March 16th to 19th, Dubai Photo Exhibition will present to audiences a diverse and exciting range of photographic masterpieces, highlighting a global perspective on photography through works from 23 countries around the world.

Dubai Photo Exhibition 2016 will bring together more than 700 museum-quality artworks by 129 photographers, including very early photographic experiments by pioneer Hippolyte Bayard, iconic images from 20th century masters like Bill Brandt and Dorothea Lange, and creative contemporary artworks by emerging and established photographers from around the world.

This global reach is combined with a strong regional and local element, with the U.A.E, Morocco and Egypt represented within the exhibition.

“Dubai Photo Exhibition covers an exceptionally wide scope and features some of the world’s most renowned artistic photographers,” says His Excellency Ali Bin Thalith, Secretary General of HIPA. “Through these artworks, visitors will witness an evolution of photography from its earliest beginnings to the sophisticated art form it has become today. By presenting these acclaimed and iconic images for the first time together in one location, Dubai Photo Exhibition affirms HIPA’s commitment to developing Dubai as a hub for photography, with the aim of stimulating interest in the art form and nurturing and inspiring the dynamic emerging regional photography scene.”

“From the first known photographed self-portrait ever taken, to works by the grand masters of the 20th century, to contemporary artists whose work is defining a new genre of artistic expression, Dubai Photo Exhibition will capture a global portrait of the changing face of photography,” says Zelda Cheatle, Head Curator. “Each country’s exhibit will maintain a distinctive identity that encapsulates the essence of its photographic tradition through the inspired selections of our renowned curators.”

Dubai Photo Exhibition has been created by HIPA to promote Dubai as a cultural hub, cultivate artistic appreciation for photography, foster dialogue on the medium locally and internationally, and to nurture photographic excellence through education.

For the UK and Ireland gallery, Martin Barnes, Senior Curator of Photographs at Victoria & Albert Museum, has curated under a theme of ‘the Sublime,’ referencing Edmund Burke, and his mid-18th century definition of the sublime as greatness beyond all possibility of calculation, measurement, or imitation.

Barnes, who will soon oversee the largest and oldest collection of photography in the world, spanning 200 years, brings together photographs spanning more than a century for Dubai Photo Exhibition.

Zara Samiry, ‘Amazons’, 2015, Morocco
The Morocco gallery at Dubai Photo Exhibition is dedicated to the memory of Leila Alaoui, the French-Moroccan photographer who died from wounds inflicted during an attack in Ouagadougou, Burkina Faso in January. Han Sungpil, ‘Harmony in Havana’, 2015, Korea Contemporary Korean photographer Han Sungpil creates life-sized photographs of buildings and nature. The monumental trompe l’oeil images are hung on pieces of fabric and scaffolding many metres high.

Li Lang, Father’s Bracelet, China
‘Father’s Bracelet’ is from Li’s ‘Father’ series. The artist commemorated the life of his father, following his death. Li says he saw his father’s entire life reduced to a set of numbers—the date of his birth and death—on his tombstone. To restore each day of his life, Li inscribed each image in the series, by hand, with numbers representing the 30,291 days of his father’s life. These dates are written in pencil on the works.


Hippolyte Bayard, ‘Portrait of the Artist as a Drowned Man’, 1840, France
camron