Good Hope. South Africa and The Netherlands from 1600 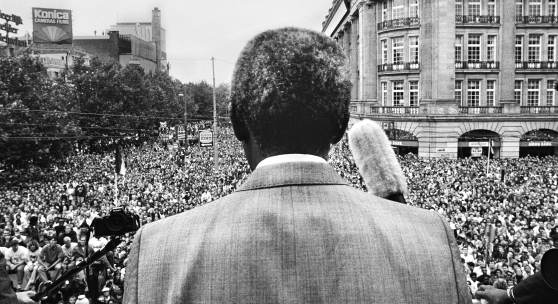 South Africa and The Netherlands Martine Gosselink, Head of the History Department at the Rijksmuseum and the exhibition’s producer: The arrival of the Dutch changed South Africa once and for all. The population’s composition and the introduction of slavery by the VOC (the Dutch East India Company) result from the ties with our country. But this also applies to the language, Afrikaans, the legal system, the protestant church, the introduction of Islam, the typical façades and the Dutch names on the map. The relationship with South Africa also changed the Netherlands. The Boer Wars around 1900, countless ‘Transvaal districts’ in Dutch cities and the violent anti-apartheid struggle of the 1980s symbolise a continuously tempestuous relationship. In this exhibition, around 300 paintings, drawings, documents, photos, items of furniture, souvenirs, tools and archaeological discoveries give a vivid impression of the culture shared and the influence reciprocated by the two countries.

Mondriaan Fund, Stichting Dr. Hendrik Muller’s Vaderlandsch Fonds, DutchCulture, ING, the Patrons of the Rijksmuseum and lenders to the exhibition.

Visitor information exhibition along with Good Hope. South Africa and The Netherlands From 1600 Guided Tours The exhibition’s guides are South Africans who will explain the exhibition from a personal perspective due to their background and personal connection with the country.

Each Sunday a tour from 3 to 4 p.m., € 5 p.p. (excluding museum admission). No reservation needed. Group tour: € 75 per 15 people excluding museum admission). Reservation via www.rijksmuseum.nl/en Audio Tour by Adriaan van Dis The commentary for the audio tour is provided by Dutch writer and Africa specialist Adriaan van Dis. Van Dis accompanies the visitor through the exhibition, connecting the various periods, recounting unusual anecdotes and paying special attention to the development of the language.

Book: Good Hope. South Africa and The Netherlands from 1600 Along with the exhibition, a richly illustrated book is being published containing 56 contributions from 26 authors from the fields of literature, language, (art) history, archaeology, politics and journalism. The authors have widely varying outlooks with regard to the shared past of South Africa and the Netherlands and together interpret current thinking on this subject. The introduction is written by Adriaan van Dis.

The publication (260 illustrations) forms part of the Rijksmuseum’s Country Series, which highlights the history of countries that share a heritage with the Netherlands.