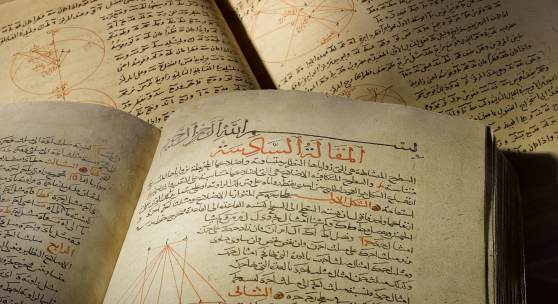 Show-Stopping Highlights at Sotheby’s Dubai 20 – 24 March 2018 Unveiling the First Old Master Painting Ever to Be Exhibited by Sotheby’s in the Middle East – One of the Most Important Portraits by Court Painter Rubens On View for First Time in 40 Years – Alongside: – Modern & Contemporary Masterpieces from the Middle East by Revered Artists Including Bahman Mohasses, Sohrab Sepehri & Shakir Hassan Al Said – – Rare, Historic Objects, Jewellery & Manuscripts from the Islamic World Led by One-of-a-Kind Iznik Pilgrim Flask – d   – Luminous Orientalist Paintings Depicting the Middle East of the Past –

Bringing together worldwide highlights from Sotheby’s auction calendar, the exhibition will star highly sought-after masterpieces by celebrated artists from the region alongside myriad pieces of historical importance and utmost rarity. The exhibition will also unveil one of the finest portraits by ‘Prince of Painters’ Sir Peter Paul Rubens (1577-1640) ever to come to the market. The view will take place at Level 1, Gate Village Building 3, Dubai International Financial Centre, UAE from Tuesday 20 March – Saturday 24 March. The exhibition is open to the public from 10am – 8pm with public events including gallery tours and a talk by collector Dr. Houman Sarshar. Located in the DIFC, Sotheby's Dubai presents a programme of year-round events, including selling and non-selling exhibitions, events and talks, and jewellery valuations – reflecting the spectrum of Sotheby's international sales and extensive client services. For more information please see www.sothebys.com/Dubai.  Edward Gibbs, Sotheby’s Middle East & India Chairman, said: “2017 was a landmark year for Sotheby’s in the Middle East with the opening of our stunning new gallery in DIFC and our inaugural Dubai sale. Celebrating our first anniversary, and coinciding with Art Dubai, this month Sotheby’s will be offering a special preview for our fast-growing audience of Emirati collectors and art lovers. In the spotlight will be a major portrait by the Flemish master Sir Peter Paul Rubens – the first Old Master painting Sotheby’s has brought to the Middle East – which is being unveiled to the public for the first time in forty years, before it embarks on a global exhibition tour. The Rubens masterpiece will go on display as part of a larger exhibition of Modern and Contemporary Middle Eastern art, including many fresh and previously- unseen works, as well as exquisite Orientalist paintings, Islamic manuscripts and historical objects from across the Muslim World.”

OLD MASTERS EVENING SALE
 One of the most important artists in Western art history, Rubens was the most celebrated and sought- after artist of his time – courted by all the great royal families of Europe, enriching their palaces with his monumental compositions. Unseen by the public for over 40 years, Rubens’ Portrait of a bearded Venetian nobleman will be offered in Sotheby’s Old Masters sale in London on 4 July 2018, with an estimate in the region of £3 million.  Rubens was not only one of the most celebrated artists of his time, his influence has lived on across the centuries, partly because he painted for the most powerful patrons of his time, including Spanish King Philip IV, the Dowager Queen of France, Marie de’ Medici and Charles I of England. His most famous paintings now hang in internationally-renowned museums, including the Louvre in Paris, The National Gallery in London and The Metropolitan Museum of Art in New York. He is also one of the most sought-after artists on the art market: his masterpiece, Massacre of the Innocents (1611-12) sold at Sotheby’s London in 2002 for £49.5 million – then the highest price for any Old Master sold at auction, a record it retained for 15 years, until it was superseded by Leonardo da Vinci’s Salvator Mundi, sold last year for $450.3 million (£342.2 million).