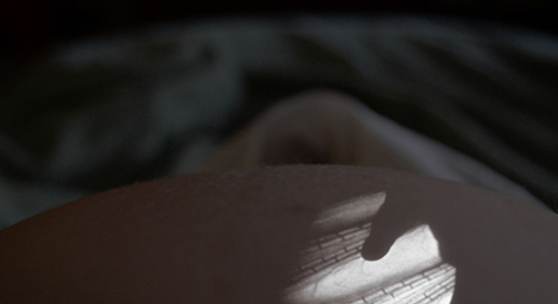 The COVID-19 crisis has forced us to struggle, veering between fear and hope, between moments of discouragement and desire for action as we question who we are and what makes our work meaningful. We at TBA21 are now, like many others, looking at options to work digitally, a response driven by the fact that we cannot imagine being unable to share moments together. We want to keep our commitments to curators and artists and believe that continued work may be the best possible form of resilience. We are currently exploring ways in which Joan Jonas’s exhibition “Moving Off the Land II” could remain a trigger of discussion and critical thinking.

We begin this by showing works that were featured in “LOVE,” a film program of artists’ cinema that celebrates interspecies relationships and affects, curated by Filipa Ramos. We are looking to host the program, originally conceived in dialogue with Joan Jonas’s exhibition “Moving Off the Land II,” commissioned by TBA21–Academy and curated by Stefanie Hessler, at the Museo Nacional Thyssen-Bornemisza in Madrid, this Fall. In the meantime, due to the current closure of the museum, TBA21 and Vdrome are collaborating on a joint screening of Erin Espelie’s film "内共生 (Inside the Shared Life) (2017)," freely accessible on www.vdrome.org between April 15–28, 2020.

In 1967, a young biologist re-wrote the history of life. “We are compound individuals,” declared unorthodox scientist Lynn Margulis, who argued that a multiplicity of life-forms existed and performed vital functions inside our own cells, acting like microscopic aliens. Margulis gave a name to this co-sharing by dissimilar organisms: endosymbiosis. Despite the fact it took some time for the scientific community to widely accept her ideas, they forever changed the ways in which life—its systems of organization and its logic of evolution—has been defined.

Paying tribute to Margulis’s groundbreaking vision, artist Erin Espelie merges audio of the scientist’s radical ideas with outlandish sounds of oceanic creatures, like snapping shrimp, bearded seals, sperm whales. The result is a striking and mesmerizing short film that celebrates the diversity of life, the event of co-constitution, and the radical potential of biology.

"内共生 (Inside the Shared Life)" is introduced with a short conversation between Erin Espelie and theorist and writer Dorion Sagan, son of biologist Lynn Margulis and astronomer Carl Sagan.