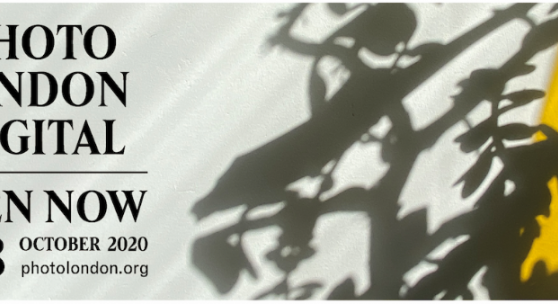 In his prize-winning series "Monuments", Mandry creates a dialogue between historical images of long-gone landscapes and the present day by printing the pictures on state-of-the-art geotextiles. He establishes a similar dialogue in “Still Wonder”, his latest series of collages and overpainted photographs, consisting of an almost haptic study of the Swiss landscape and the tradition of landscape painting. View Mandry's video interview.

Join Douglas Mandry for his Instagram live talk on the Photo London channel @photolondonfair, on 16 October, 6pm BST. Eugenie Shinkle, UK based reader, writer and critic, will interview Douglas Mandry about his work.

Ilona Langbroek has also joined the roster of artists represented by Bildhalle. It is our privilege to introduce her work to an international public at Photo London Digital for the first time. “Silent Loss”, a poetic and highly metaphorical series, explores the life of her grandparents from Dutch East India, as Indonesia was once called. It is a family history marked by the loss of homeland and identity.

Last week, Bildhalle launched their Dutch gallery Bildhalle Amsterdam with a solo exhibition of work by Paul Cupido. Part of the exhibition will also be on view at Photo London Digital. In addition, Bildhalle are presenting platinum palladium prints by Jeffrey Conley (USA), cyanotypes on handmade paper by Mika Horie (JAP), new works by Albarrán Cabrera (SPAIN) and masterworks from René Groebli’s series “The Eye of Love“ (CH).