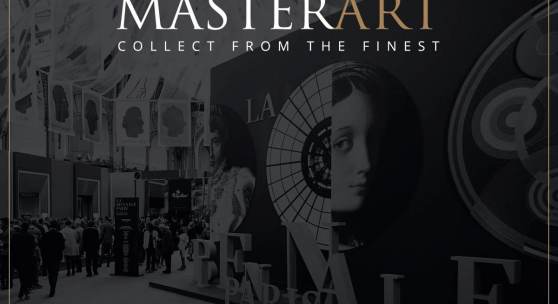 La Biennale Paris 2019 will be held at the Grand Palais from 13 to 17 September 2019, representing five days of public opening, instead of nine days previously.

This evolution, implemented at the request of international galleries, has offered many advantages: it favours sales momentum, which is initiated within the first few days, and it facilitates the participation in several exhibitions as part of a heavily crowded international calendar. The public opening of La Biennale Paris on September 13th, one week later than the previous editions, thus makes it possible to put an end to the many constraints related to September period (preparation difficulties linked to summer closures, early schedule for collectors).

The private opening will be held on Thursday, September 12, following the gala dinner on Wednesday 11th. La Biennale Paris will be open every day from 11am to 10pm, except for its last day when it closes its doors at 6pm.

THE BIENNALE COMMISSION
The Biennale Commission continues its work in 2019 by contributing to the development of the list of exhibitors. It remains able to make many proposals and has yet again been placed under the aegis of its president, Christopher Forbes, and unites 9 qualified figures: Prince AMYN AGA KHAN, Foundation for the Preservation and Development of the Domaine de Chantilly, Max BLUMBERG, collector, Becca CASON THRASH, patron, Jacques GARCIA, decorator, Christian LANGLOIS-MEURINNE, patron, Alain-Dominique PERRIN, president of the Fondation Cartier pour l’art contemporain, Judy PRICE, president of the National Jewelry Institute, Jean-Louis REMILLEUX, collector, and Didier WIRTH, president of la Fondation des parcs et des jardins de France. As well as 6 members from the SNA Board.

Christopher Forbes wanted to renew his mandate for the third year in a row. The aforementioned people have displayed a lasting commitment and given their time voluntarily while demonstrating their deep attachment to the event.

A NEW APPROACH
TO THE GENERAL INSTALLATION
A new general installation concept has been developed for La Biennale Paris by the European leader of specialised exhibitions: STABILO.

Being highly appreciated by exhibitors, Stabilo has put forward a new and more modern stand concept which offers a greater interface between the visitor and the exhibited objects. These stands are opened onto the exhibition’s aisles, offer less technical constraints, and allow each exhibitor to arrange more freely its space and its decor.

La Biennale Paris sought to change its offer in order to meet the expectations which were expressed by its exhibitors in 2018. Hence, while preserving the plan set up at the previous edition, La Biennale Paris can make a tight price offer including the decor (890 € m2 for a decorated stall or 825 € m2 for a bare stall), and offer smaller stands, from 20m2 (as compared to 40m2 before), which will facilitate the participation of a wider variety of exhibitors.

NEW TALENTS SECTION
La Biennale Paris continues to innovate by welcoming a new generation of merchants and creators into a new section named New Talents. A space will be created to bring together ten national and international merchants and creators who have been established for less than 10 years. They will enjoy a 10 m2 stand, including decorations, under financial conditions incentives.

The SNA and La Biennale Paris seeks to encourage young professionals to exhibit for the first time in a promotional capacity, meet visitors and collectors, and reveal their work and their ambitions for the future market.

The candidates were selected by the Biennale Commission, which will award a prize for the best New Talent in September.

THE ARTWORK ADMISSION COMMISSION
The 2019 Artwork Admission Commission works continuously and reliably with its two presidents, Frédéric Castaing, President of the Compagnie Nationale des Experts (National Company of Experts or CNE) and Michel Maket, President of the French Union of Professional Experts in Works of Art and Collection Objects (SFEP). The verification criteria for the artworks, which is supported by the Art In Lab laboratory, will remain as demanding in 2019 as in 2018. It is recalled that 32 objects were removed in 2018 (against 70 objects in 2017). This significant drop demonstrates the efficiency and legitimacy of the only independent AAC in the world.

In 2019, La Biennale Paris has developed a partnership with The Art Loss Register, giving it and its exhibitors a privileged access to the largest stolen art database in the world: http://www.artloss.com/en

LA BIENNALE IDENTITY
Finally, La Biennale Paris seeks to sustain the fundamentals of its visual identity, whose elegance and originality have been hailed by all. In keeping with its commitment to build the brand, La Biennale Paris will adopt a referential definition (baseline) in 2019: The Universelle Art Fair.