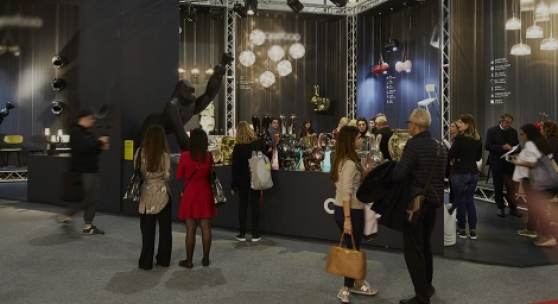 MAISON&OBJET is making a commitment to showcase Chinese design. The international trade fair for the decoration, design and lifestyle sector has announced the creation of the MAISON&OBJET - Design Award China. The initiative will be officially launched in Shenzhen on December 8th.

Intended to shine a light on talent from right across China, the Design Award is the fruit of a landmark agreement between MAISON&OBJET and Chaoshang, with the support of Aube Events. It will be presented to the successful nominees in three different categories: product design, interior design and rising talents. Its creation serves a powerful goal that both signatories share: promote the very best of Chinese design. The two partners also see it as an opportunity to forge highly promising economic links. As the expert trade fair for the decoration, design and lifestyle sector, MAISON&OBJET is keen to build bridges between Chinese designers and its major exhibiting brands. For its part, the Chaoshang group (“The hive” in Mandarin) aims to become an international platform that matchmakes designers and manufacturers.

The creation of the Award is being sponsored by Beijing’s Central Academy of Fine Arts (CAFA), China’s sole establishment of higher education dedicated to the fine arts and reporting to the People’s Republic’s Ministry of Education. This leading Academy is recognised by the international community in the plastic arts, design, architecture and human sciences fields.

Two other major economic players are also involved in the partnership - the China Building Decoration Association (CBDA), and the Shenzhen International Art Design Center (IADC). Set up in 1984 under the aegis of the Chinese Ministry of Civil Affairs, the Association counts over 4,000 Chinese firms from the fields of construction, architecture and design amongst its members, and employs 13 million people. The International Art Design Center, meanwhile, is an extensive 1.5 million square metre lifestyle complex in the heart of Shenzhen, notably featuring a shopping centre, a design museum, an art town, an academy, a business district and themed hotels. The kind of figures you would expect from such a vast country.

November 2019
The launch of the three-year agreement will be marked with an installation presenting the contest at the January 2020 edition of MAISON&OBJET, and a strategically positioned 120 sqm zone has been set aside specifically for this purpose. In parallel, a 20-date roadshow run in conjunction with MAISON&OBJET will showcase the various nominees’ work. The nominees will be hand-picked from the country’s 20 largest cities via a rigorous selection process involving an 11-member jury, all experts in their field. The finalists will be unveiled at the September 2020 edition of MAISON&OBJET.

About MAISON&OBJET
Since 1995, MAISON&OBJET has been the world’s foremost event for professionals in the lifestyle, interior design and design industries. Each edition brings together some 3,000 exhibitors and more than 85,000 unique visitors, half from outside France. Promoting new contacts and emerging talents, the twice-yearly fair presents the latest sources of inspiration. By shedding light on current and future trends, MAISON&OBJET has become a catalyst for brand development and business growth.

About CHAOSHANG
Chaoshang is built around an experienced team, passionate about design and artistic creation. Its president, Ms. Mei Zhang, is also associated in China with the German brand Lattoflex (with a total of 50 outlets in China). She has successfully operated in China the license of the French brand of luxury bedding Treca. Chaoshang was born to connect the best of the Chinese creation and the industrialists.