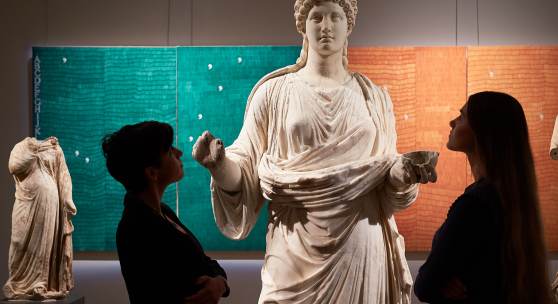 The auction was led by an exceptionally well-preserved and powerful portrait Roman bust of a high-ranking military officer dating from the mid to late 2nd Century A.D., which sold for £728,750 / $928,646 (est. £300,000-500,000) to benefit the Acquisition Fund of the Denver Art Museum. Carved out of a single piece of marble, this virtually intact depiction stands out for its direct gaze and the exuberance of the hair and provides a glimpse into the importance of portraiture in Ancient Rome.