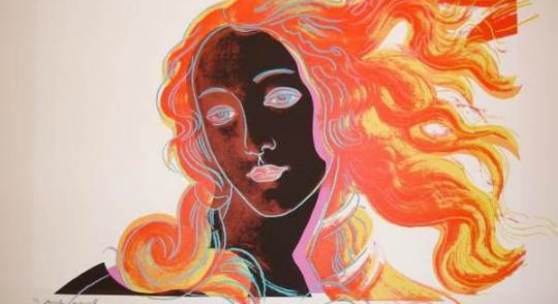 Naples, FL - March 16, 2012 – Art Naples is proud to present the world's most iconic artists of the 20th and 21st century to the Southwest Florida community. The fair will debut the best in blue chip art from modern masters, to vast wall murals by the next generation of urban artists.

Highlights from modern masters such as Chagall, Matisse, Picasso, and Miro include Dame mi Tomate (1930) by Paul Klee for $1.2 million and a rare 6' painting from 1979 by Joan Miro valued at $750,000. 20th Century masters set record setting prices at auction and galleries in 2011. Benjamin Genocchio, editor Art & Auction, stated in the March 2012 issue: "There appears to be a consensus among collectors that the value of the 20th century collectables is a safe bet—perhaps safer now than other volatile asset classes, from securities to real estate."

For the avid American art collectors and enthusiasts, recently discovered Girl Asking Directions in French (1931) by Norman Rockwell will be exhibited publicly for the first time at Art Naples. Winfield's Porch (1983) by Andrew Wyeth, Shelter by David Salle and Thy Rocks & Rill (The Old Mill) (1942) by Maxfield Parrish also highlight American art. LIFE: Capturing 75 Years of History features magazine photographs including one of America's most iconic images documenting the end of WWII; VJ Day in Times Square (1945) by Alfred Eisenstaedt is priced at $48,250.

Mainstream Contemporary works by Lichtenstein, Indiana, Basquiat, Bacon, and Close will also be available for purchase. Andy Warhol's Pine Barrens Tree Frog, a very rare unique artist proof priced at $82,500, is present along with his iconic Birth of Venus and Liz. Last month marked the 25th anniversary of Andy Warhol's untimely death. To honor the Pop artist's life, Bruce Helander from the Art Economist will present the lecture The Legacy of Andy Warhol on Saturday, March 24th from 3-4pm with a champagne reception to follow. Helander will discuss the dynamic life and times of Warhol from birth to death and everything in between, and the extraordinary rise of Warhol in the art market after his death.

Shedding new light on today's urban artists, Mr. Brainwash, KOBRA, CRASH, Lady Pink, and Daze will make their mark on the Naples community at Art Naples. Graffiti murals take center stage at the fair with a special performance by graffiti artist Jona Cerwinske and a 20' work by Kobra greeting visitors at the entrance.

This year the fair will feature a special tribute to Studio Glass in celebration of the 50th Anniversary of the American Glass Art Movement. The fair will also sponsor special exhibitions, lectures and artist discussions on the history of the American glass art movement and its promising future. Works by pioneers in the field of studio glass include Chilhuly, Toots Zynsky, Dan Dailey, Albert Paley, Howard Ben Tre, and William Morris.

Art enthusiasts will be able to select from over 300 artists including artworks by emerging international artists from $ 300 and up. The fair will include works by studio artisan jewelry designers exhibiting the newest trends in designer one of a kind jewelry.

The Preview evening, March 22, will honor the members Patty and Jay Baker Naples Museum of Art and the Philharmonic Center for the Arts, sponsored by Quail West. The evening will commence with an invitation-only First View from 5:30-7 PM, followed by the Collectors' Invitational from 7-9:30 PM.

Fair hours are March 23 and 24 from 11AM – 7PM and March 25 and 26 from 11AM – 6PM. Tickets can be purchased at the door for $15 for a one-day ticket and $20 for a multi-day ticket; discounted ticket prices are available online. Art Naples is conveniently located off the Immokalee exit on I- 75 at the Naples International Pavilion on the corner of Immokalee and Livingston Roads.