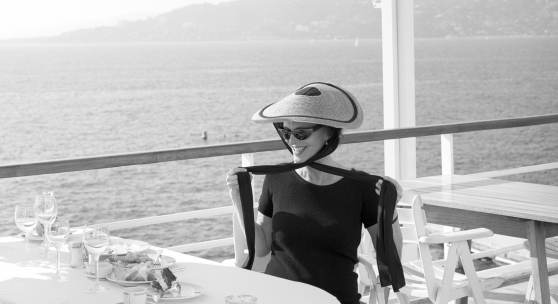 Sotheby’s Presents The World of Jean Stein Author, Editor and Oral Historian Who Chronicled the Intersection of Society & the Arts

NEW YORK, 27 October 2017 – Sotheby’s is honored to announce a series of sales celebrating Jean Stein – author, editor and oral historian, who chronicled the lives and work of cultural and political figures in New York, Paris, Hollywood and beyond. A cultural connector, who brought together creators in literature, theater and the visual arts, such as William Faulkner, Andy Warhol, Edie Sedgwick and others, Ms. Stein created a world that seamlessly combined her involvement in groundbreaking events in 20th century America with her intellectually curious tastes and sprawling network of friends and admirers. Beginning with our evening and day sales of Impressionist & Modern and Contemporary Art, Sotheby’s will bring to life The World of Jean Stein.

The daughter of Jules Stein, founder of Music Corporation of America, Jean Stein was born and raised in Beverly Hills, before forging her own path in Paris and New York. While studying at the Sorbonne, she met and had a close relationship with William Faulkner; her enthralling interview with him was featured in the Paris Review, where she eventually became an editor. Upon moving to New York, she took a job with Esquire and contributed to New York Magazine, before taking over the literary magazine Grand Street as editor and publisher in 1990. While working as an editor and a journalist, she co-wrote with George Plimpton a book about the Robert F. Kennedy funeral train, “An American Journey” in 1970, for which she redefined the style of journalism called ‘oral history’, breaking new ground in the biographical sphere with a direct form of reportage involving relentless questioning; in the words of Kennedy Fraser, Jean Stein was “a listener of genius”. In 1982, her acclaimed oral history Edie: American Girl was published, and in 2016, West of Eden: An American Place – her final book which she had worked on for 20 years.

In addition to writing, editing and travelling around the world, Jean Stein became a mover and shaker of New York intellectual life. A friend to many across the worlds of the visual arts, theater, publishing and the sciences, she connected ideas and people in a way that no one else could. These lifelong friendships and relationships were best illustrated by her Upper East Side apartment – filled with work gifted to her by their creators – and by anecdotes of the salon-style evenings she hosted – where one could be seated beside Robert Rauschenberg, Merce Cunningham, Joan Didion or a Nobel laureate in the sciences.

HIGHLIGHTS FROM THE COLLECTION
Jean Stein’s eclectic, avant-garde and cutting edge approach to life translated seamlessly into her collecting philosophy. Mixing and matching objects and paintings from across categories, many of which were symbols of her friendships with artists, she created a captivating and wondrous world that bridged gaps and made connections. Like the guest list at her famed dinner parties, her amalgamation of works of art hanging on her walls, resting on the bookcases decorating the mantle, and filling every corner was astute, opinionated and fascinating.

Impressionist & Modern Art Evening Sale
The World of Jean Stein opens its doors with the Impressionist & Modern Art Evening Sale on 14 November, featuring Alberto Giacometti’s 1946 oil, Femme Assise (La Mère de l’Artiste) (estimate $4/6 million). A complex portrait of his mother – one of the artist’s first and most prolific models – the present work signaled his return to portraits in oil, which would dominate his oeuvre for the next twenty years. Femme Assise was originally in Ms. Stein’s father’s collection, who had acquired it from Pierre Matisse in 1955. Ms. Stein was so enamored with the work that she, in her early twenties, purchased it from him just two years later, in 1957, for $750; with this purchase, Kennedy Fraser notes, “she was seeking out the company of artists, writers, and musicians of genius -- becoming a connoisseur of that authentic, confident self-expression she yearned to acquire for herself.” Five years later, she travelled to the artist’s Paris studio on Rue Hippolyte-Maindron to interview the artist, and to sit for him. The resulting series of eight known portrait sketches became known variably as L’Americaine or Portrait de Jean Stein – three of which we are offering in our Impressionist Art Day Sale, and three of which we are offering in our online-only sale dedicated to the Stein collection.

Jean Stein’s collection focuses on Surrealism, as well as the quirky and eclectic. In addition to works by Alberto Giacometti, Dorothy Tanning, Marcel Duchamp and Man Ray, The World of Jean Stein will offer René Magritte’s La Voix du Sang, an enchanting gouache on paper executed in 1947 (estimate $600/900,000). While the artist visited this subject many times over the course of his career, both in gouache and oil, the present work is one of the most vibrant colorations that has come to market. The vibrating blue sky and illuminated house inside the tree trunk question reality and conventional representation while hinting at the possibility of a new world.