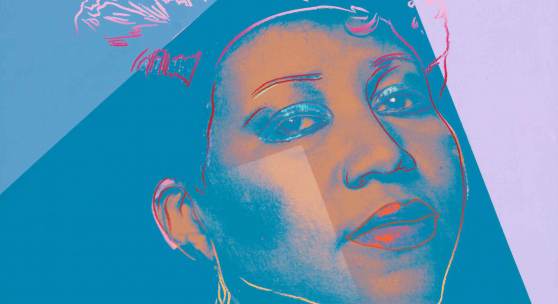 NEW YORK, 5 March 2021 – Sotheby’s is pleased to open our 2021 live auctions of Contemporary art with Contemporary Curated on 12 March in New York. This season, Grammy-, Emmy-, and Tony Award-winning actress, singer and producer, Cynthia Erivo, will lend her sharp, unique eye to select 16 of her favorite works from the 130+ lots on offer. In support of Erivo’s role this season, Sotheby’s will contribute a donation to The Loveland Foundation – a cause close to Erivo’s heart, which is committed to showing up for communities of color in unique and powerful ways, with a particular focus on Black women and girls. The organization’s resources and initiatives are collaborative and prioritize opportunity, access, validation, and healing.

In addition, the March sale presents an exceptional range of works by trailblazing artists who define the postwar period, including Ed Ruscha, Romare Bearden and Mary Corse, as well as innovative painters on the forefront of contemporary art including Kehinde Wiley, Julie Mehretu and Sherrie Levine.

Alongside the Contemporary Curated sale and coinciding with Women’s History Month, Sotheby’s is pleased to present a concurrent online sale dedicated to works by women sculptors. Entitled Thinking in Four Dimensions: Leading Women Sculptors, this special auction celebrates the singular contributions of women sculptors to the postwar and contemporary periods, featuring works by Louise Bourgeois, Ruth Asawa, Lynda Benglis and Tracy Emin among others. This special sale is but one from Sotheby’s 2021 auction calendar that will be dedicated to celebrating the profound contributions of women artists throughout art history. Further details will be shared in due course.

All of the works from the Contemporary Curated and Leading Women Sculptors sales will be on view by appointment in Sotheby’s York Avenue galleries, beginning this Friday, 5 March, alongside other highlights from our March Contemporary offerings.

A Grammy-, Emmy-, and Tony Award-winning actress, singer and producer, as well as an Academy Award, Golden Globe, and SAG nominee, Cynthia Erivo burst onto West End and Broadway stages in The Color Purple, and has since taken the world by storm, including in her breakthrough performance as Harriet Tubman in Kasi Lemmons’s 2019 film Harriet.

Erivo can soon be seen as Aretha Franklin in National Geographic’s Emmy-winning global anthology series Genius: Aretha — the first-ever, definitive and only authorized scripted limited series on the life of the universally acclaimed “Queen of Soul,” premiering on National Geographic on 21 March. In January 2020, Erivo starred in the HBO series The Outsider, based on the Stephen King novel of the same name. In addition to her illustrious acting career, Erivo is a Grammy-nominated songwriter and performer, often headlining sold-out shows, symphonies, and music spaces including the Kennedy Center Honors, the 2020 Academy Awards, the 2017 Governor’s Ball and the 2017 Grammy Awards. Erivo is currently working on her debut album with Verve/Universal Music Group, which she plans to release in the Summer of 2021.

Just last month, Erivo announced that she will be releasing a children’s book titled, Remember to Dream, Ebere on September 28, with additional upcoming projects including starring in Universal’s Talent Show, directed by Gandja Monteiro and written by Lena Waithe. Also just announced, Erivo will produce and star in a biopic about Sara Forbes Bonnetta, a 19th-century Nigerian princess who was "gifted" to Queen Victoria after being liberated from slavery. Full bio available upon request

A SELECTION OF ERIVO'S PICKS
In a nod to National Geographic’s premiere of Genius: Aretha, Erivo selected a captivating portrait of the legendary singer by Andy Warhol (estimate $900,000/1.2 million). Franklin rose to prominence in the late 1960s, at a time when Warhol was already thoroughly integrated into the famous circles of New York City. She became known as the “Queen of Soul,” solidifying her role as a leading cultural figure, and in 1986, Warhol created the album sleeve for Franklin’s vinyl record, Aretha; the present work was executed in the same year, just one year prior to Warhol’s death in 1987. Warhol’s celebrity portraits are a testimony to his infatuation with the mythology of fame and American culture—even once he had achieved worldwide recognition himself. With its flat planes of saturated color and dynamic line work, Aretha Franklin embodies Warhol’s signature style and ethos which largely defined his way of life and, as a result, his oeuvre.