Summers Place Auctions to Sell a Selection of Sculptures by Misti 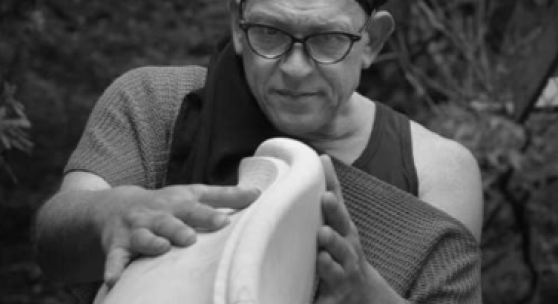 Summers Place Auctions is delighted to be offering a small selection of sculptures by Misti, who famously won Channel 4's Handmade: Britain’s Best Woodworker reality TV show in 2021. Part of the selection will be included in the next live auction on Tuesday, 27th September among them the sculpture, I Weep for Nature, proceeds of which will go to charity. A group of 12 sculptures will be sold online, in a timed auction from the 23rd September to the 3rd October 2022.

The selection of sculptures include I Weep for Nature, created from burnt oak, stained lime wood and stainless steel to create a Zebra sculpture. Misti made this for the sculpture challenge on Handmade: Britain’s Best Woodworker, a reality television competition screened on Channel 4 in 2021. The brief was to produce a one metre tall sculpture of an animal in just two days, and this piece was awarded first place by the judges, and contributed to Misti's overall win in the competition. She created this sculpture as a comment on man's devastating effect on nature and it is therefore fitting that 100% of the proceeds of the sale of it will support a charity planting 1,000,000 trees in the Brecon Beacons (stumpupfortrees.org), close to where the Channel 4 show was filmed. It is estimated at £2,000 - £3,000 and estimates for Misti's sculptures range from £500 to £20,000.

Misti Leitz was born in the UK in 1968, and brought up in an environment surrounded by artists and musicians. Her career path led her to become a designer of bespoke interiors, furniture, gardens and architecture at the very highest level, specialising in the re-creation of period detailing and ornament. Misti has produced thousands of beautiful objects since the start of her prestigious career in 1988. Her commissioned works can be seen in palaces, penthouses and private residences all over the world. In 2016, she began to teach herself to carve wood and stone, and has been working with her hands producing sculptures ever since.

Misti says: "I was brought up with a pencil in one hand, a Lego brick in the other, and a silver spoon in my mouth, albeit a slightly tarnished one. I spent most of my childhood covered in glue and paint, which somewhat inevitably steered me towards following a creative muse. After a successful career in design, I am pleased to finally follow my real passion creating abstract sculptures and the creative process is a constant source of delight. In 2020, I answered a casting call for a new Channel 4 reality TV woodworking competition. After a whirlwind round of auditions, I ended up starring in, and winning the show, which was a great experience." v
Although Misti made her first piece of sculpture in 2003 to express her feelings about her son's impending birth, she was still very much working as a designer of Interiors and bespoke furniture, and in the following years she produced   countless sculptural pieces for her clients as she continued to expand her portfolio of commissioned works. As a designer, she always felt it important to have practical experience in making, to better inform her designs, and so over the years she acquired some basic skills in the working of wood, metal, stone, glass, plastics, plaster and paint.

Misti talks about one of her career highlights: "In 2009, having freshly come out as transgendered, and changed my name to Misti, I took on the job of managing the multi-million pound restoration and redecoration of a grade 2* listed mansion in Hampstead for a private individual. Over the seven years that we worked together, I designed for him every single furnishing and interior detail in over eighty rooms and three acres of grounds, managed the design and building teams and the budget, and oversaw the hundreds of craftsmen employed on the job, to deliver a result of rarely achieved excellence."

In 2016, feeling that she had taken her skills as a designer to their furthest extreme, and yearning to work more with her hands, she set up a studio and workshop to concentrate on making contemporary sculpture and objets d’art. Working mainly in timber and stone, and often recycling found or discarded materials, Misti makes abstract works that comment on her own situation and environment, and express her thoughts and feelings about them. In direct contrast to her training as a designer, she will often start a sculpture with no drawing or particular direction, allowing the material itself to guide her until it reaches a point where she can start to consciously refine the form that has begun to appear, and to give it meaning.

Misti’s innate feeling for form and volume comes from working with period architectural masterpieces of figurative carving when she worked on the conservation, restoration and re-decoration of some of the UK’s grandest country houses. These were usually inspired largely by the natural world and in addition much of Misti's inspiration comes from a more transient source - flames, flowing water and clouds. These flowing organic forms give a sense of vitality to her work and in addition usually feature combinations of contrasting materials.

She lives in secluded bliss with her partner and two unruly dogs in a ramshackle cottage in the woods just outside Ludlow, in Shropshire.


Misti working on one of her sculptures
Summers Place Auctions