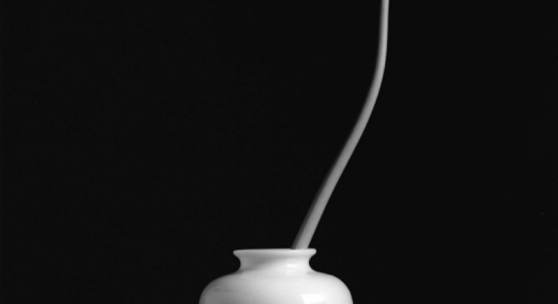 Galerie Thaddaeus Ropac is delighted to announce its participation at PHOTOFAIRS Shanghai presenting a curated selection of the most iconic and sought-after works by Robert Mapplethorpe and Irving Penn and historic photographs by VALIE EXPORT that are central to her study of Body Art.

The fair takes place in one of the cultural capitals of Asia: Shanghai. The growth of the contemporary art scene in the city has been supported by the opening of several private museums and sculpture parks, including Jing'An Sculpture Park, currently presenting monumental sculptures by the Austrian artist Erwin Wurm until December 20th. Participation in PHOTOFAIRS Shanghai represents our commitment to increasing our contribution to the burgeoning art scene in Greater China and Asia.

American photographer Robert Mapplethorpe is known for his highly stylised black-and-white photographs featuring male and female nudes, celebrity portraits, self-portraits and still-lifes of flowers. Mapplethorpe’s photographs are marked by contrast: either between the shocking, highly sexualised content and the classical formal beauty and technical mastery of the final image or, in the case of his flowers, between the refined, domestic subject and its sensual undertones.

Presented here is a selection of Mapplethorpe’s still-lifes, a series of beautiful, highly charged images of flowers. Mapplethorpe draws on a rich history of artists depicting flora – from the Dutch masters, to the black and white studies of Helmut Newton in the 1960s. The proximity with which they are captured adds an irresistible and decadent attraction: petals ripple provocatively, while the tiny prickling hair of a stem comes under close examination through his all-seeing lens.

Mapplethorpe will have a major solo exhibition at The Solomon R. Guggenheim Museum, New York, in 2019.

At a time when photography was primarily understood as a means of communication, Irving Penn approached it with an artist’s eye and expanded the creative potential of the medium. Born in 1917 in New Jersey to immigrant parents, Penn began his working relationship with Vogue in 1943, travelling extensively for the magazine in the 1940s and 50s. Some of his iconic portraits from this period include striking images of Pablo Picasso and Salvador Dalí, as well as leading fashion models of the time.

In 1984 Penn was honoured with a retrospective at The Museum of Modern Art, New York, which toured internationally until 1989. Penn’s creativity flourished during the last decades of his life, when he resumed painting and drawing as a creative pursuit. His innovative portraits, still-lifes, fashion and beauty photographs continued to appear regularly in Vogue.

VALIE EXPORT: At PHOTOFAIRS Shanghai I'll be presenting early photographs and Body Configurations as an expression of the inner state of my body in its surroundings since 1972. These are historical photographic works which, together with my early performances, are central to my study of Body Art.