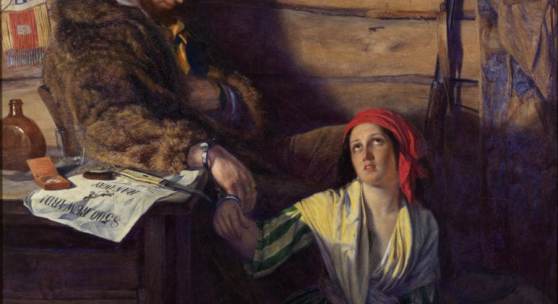 The innovative digital presentation of London Art Week Summer 2020, taking place from 3-10 July 2020, welcomes numerous new faces alongside familiar participants that have supported the event for many years. Some 50 exhibitors have been confirmed to date. International newcomers include Galerie Canesso and Jacques Leegenhoek from Paris, Nicolás Cortés Gallery of Madrid, Daxer & Marschall and Arnoldi-Livie of Munich, and, from Italy, dealers such as Walter Padovani of Milan with sculpture, Antichità Alberto Di Castro Srl of Rome with works of art, Bottegantica of Bologna with Italian art and Enrico Ceci Cornici Antiche of Modena with fine antique frames. From the USA come new participants Jill Newhouse Gallery and Mireille Mosler. Among new London-based dealers taking part in London Art Week this summer is Stuart Lochhead Sculpture, Osborne Samuel Ltd, Panter & Hall, Benjamin Proust Fine Art Ltd, and Offer Waterman. Sladmore Gallery and Philip Mould & Company return after a few years. Works for sale span 5000 years of art, from ancient Egypt to Modern British, with an emphasis on Old and Modern Masters, offered by the world’s most respected fine art galleries.

In response to the global Covid-19 situation, London Art Week has created a new online space for dealers to work together, preserving the collegiate nature of the event which embraces auction houses and which is supported by museum partners and art world sponsors. A major feature is a new series of mixed, curated Viewing Rooms where works from a cross-section of participants will be shown side by side, a new way for dealers to be discovered by a world-wide audience. The Viewing Rooms go live from 3-10 July, with an invitation-only Private View on 2 July.

Dealer pages on the London Art Week website will house up to 25 works per gallery, and there is provision in LAW DIGITAL for supporting material such as videos, film clips, essays and exhibition catalogues. At the time of writing, it is hoped some of the London-based dealers may be able to open their galleries too. A comprehensive digital catalogue will accompany London Art Week Summer 2020.

THEMES of HUMANITY AND PORTRAITURE
This summer, many exhibitions focus on the human form and there are many portrait highlights – perhaps life under lockdown has reminded us of the importance of the human face and the stories they mask or express. Lullo • Pampoulides, taking in- spiration from our current and unusual situation, is curating an exhibition of portraiture, In Silent Conversation: Portraits from the 16th to the 20th Centuries, while Galleria Carlo Virgilio & C. is showing Faces 4, a series of Italian self-portraits and portrait paintings, mostly of the early 20th century, all new to the market and selected for their quality and intriguing iconography. Sam Fogg presents Medieval Faces, which brings together some 40 artworks in sculpture, painting, stained glass and man- uscript illumination, all created by European artists during a period spanning the 13th to 16th centuries. Through this varied spectrum of objects, the show will aim to demonstrate how the interests and concerns of our medieval forebears, and their insatiable drive to capture the essence of human presence, are really no different from our own in today’s world.

New exhibitor Nicolás Cortés Gallery of Madrid has a wonderful c. 1575 Portrait of a Gentleman by Bartolomeo Passerotti (1529-1592) of Bologna, an example of the artist’s innovative ‘staged’ portraiture, in which the sitter is depicted ‘in action’. Portraits also feature strongly at Philip Mould & Company, returning to London Art Week after a few years, where highlights include works by Sir Anthony Van Dyck, Duncan Grant, Sir Peter Lely, and a captivating portrait of James Abbott McNeill Whis- tler, with the old Battersea Bridge and the Swan Tavern beyond, painted in 1869 by the artist’s friend Walter Greaves (1846-1930).

WOMEN IN ART
There are several exhibitions featuring women artists: Ben Elwes Fine Art will present a painting by the Swedish artist Anna Katerina Boberg (1864-1935) who for many decades created work inspired by glaciers, the sea and the midnight sun particu- larly around the archipelago of Lofoten in the Norwegian Sea. Boberg even joined a scientific voyage funded by the Swedish Crown in 1911 and her resulting paintings went on tour to the USA in a special exhibit of Scandinavian art sponsored by Gus- tav V of Sweden and the crowned heads of Norway and Denmark.

Karen Taylor Fine Art presents an exhibition of British Women Artists, 1780-1890 – a Selection of Works on Paper. Karen says: “The work of women artists provides us with an important counterbalance in art history and its gradual emergence into the mainstream is to be celebrated. [Because they worked] outside the academic sphere, female artists have not received the attention bestowed upon their male counterparts.” She hopes “this small selection... will contribute a little to the current reas- sessment of their work.” Among artists featured is Augusta Innes Withers (1792-1877), botanical painter to Queen Charlotte and Queen Victoria, and painter to the Royal Horticultural Society, and Evelyn De Morgan (1855-1919), one of the stars of the recent Pre-Raphaelite Sisters show at the National Portrait Gallery.