British Art Goes from Strength to Strength Made in Britain Sale 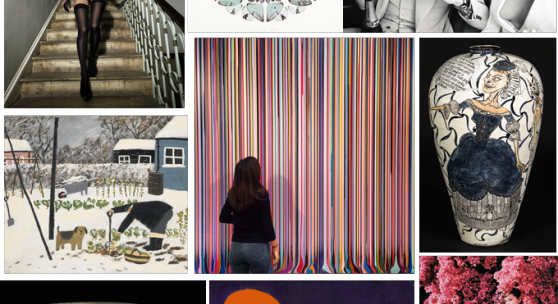 London, 16 March 2016 – Sotheby’s Made in Britain auction – the fourth sale of its kind, dedicated to celebrating the diversity and creativity of British art from 1900 to the present day – realised a total of £2,115,592, exceeding pre-sale expectations (est. £1,164,150-1,742,550). The artworks presented in this sale illustrated the significant role that Britain played in the development of modernism internationally – across Fine Art, Prints, Sculpture, Photography, Studio Ceramics, and Design.

Nine artist records at auction were achieved*, including for painters Ian Davenport and Julian Trevelyan, photographers Mike Figgis and Patrick Lichfield, along with a benchmark for a work by Gary Bunt. Of almost 250 lots offered, 86.5% found buyers and over 72% of lots soared above their pre-sale high estimates. With estimates starting at just £200, the sale attracted more than 400 registrants, with 18% of the buyers new to Sotheby’s.

The selection of photographs in the auction brought to life the glamorous worlds of British film, photography and fashion, selling for £148,125. Mike Figgis’ shot of Kate Moss descending a staircase in 2007 for lingerie brand Agent Provocateur sold for a record £22,500 (est. £8,000-12,000).

The exciting group of British prints included in the sale were led by Lucian Freud’s Garden in Winter, an intense depiction of nature that sold for £60,000. Two butterfly screenprints with diamond dust by Damien Hirst achieved a strong price at £37,500. The auction also revealed a lesser known side of celebrated sculptor Henry Moore, as one of Britain's greatest draughtsmen. An impressive group of works on paper and prints totalled an above estimate result of £55,256.


Made in Britain 16 MARCH 2016
Sotheby’s Auktionshaus