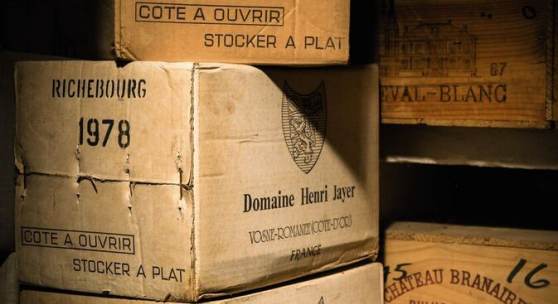 LONDON, 11 May 2016 – Stephen Mould, Head of Sotheby’s Wine, Europe, commented: “The £1.5 million sale total, more than double the low estimate, is a fitting testament to the quality of this extraordinary cellar. We saw buyers from all four corners of the globe competing to secure rare Burgundy vintages from the legendary Henri Jayer. The 12 Jayer lots alone realised £902,000, with a case of Richebourg 1978 setting a world auction record of £211,500, triple the high estimate. As ever, Domaine de la Romanée Conti and Pétrus were in high demand, rounding off a memorable sale – one of the most successful wine auctions ever seen in London.”

This remarkable Continental collection was assembled by the current owner’s parents, who insisted on collecting the finest wines available. The undoubted stars were the bottles produced by Burgundy legend, the late Henri Jayer, in rarely-seen full, original cartons. Other highlights included 1976 La Tâche and a 1976 DRC Assortment from Domaine de la Romanée Conti, packed in highly unusual original cartons. The collection was not confined to Burgundy – the Bordeaux selection featured cases of Pétrus 1978 and 1979. Sought-after whisky from Macallan completed this time capsule of vinous gems from the past six decades.