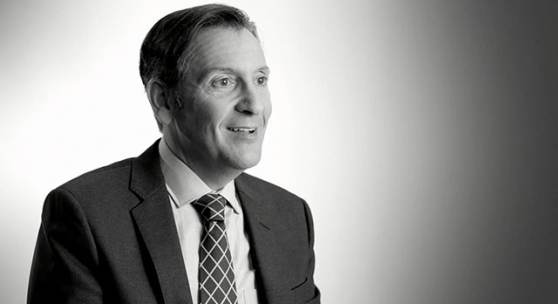 Benjamin joined Sotheby’s in 1979, and in his more than 35 years with the Company has been pivotal in sourcing and selling well over $2 billion in art. Since becoming Vice Chairman in 2006 he has concentrated on deal-making at the highest levels, with a particular focus on Impressionist & Modern Art as well as 19thCentury European Paintings, having previously led that department on a global level. Benjamin has also proven a key player in the Company’s private sales, including the fabled Forbes Collection of Fabergé.

In his new position, Benjamin Doller will continue to play a major role in sourcing and selling Impressionist, Modern and 19th Century European Art for Sotheby’s, complementing fellow Chairmen Lisa Dennison and George Wachter and their strengths that span the entirety of art history.

Amy Cappellazzo, Chairman of Sotheby’s Fine Art Division, commented: “Throughout his career, Benjamin has demonstrated an exceptional ability to work across all collecting categories to secure high-profile consignments and sell them on a global level. He has been instrumental in the sale of major works by titans of art history ranging from David and Turner to Matisse and Picasso. His approach to clients and works of art encapsulates the ethos of our new Fine Art Division, and we look forward with great confidence to Benjamin’s continued success and expanded leadership at Sotheby’s.”

Benjamin Doller, Chairman of Sotheby’s Americas, said: “The auction world is an evolving space, and I thrive on change. Throughout my time at Sotheby’s, I have seen the shift away from compartmentalized collecting towards a cross-category, holistic approach of clients at every level. Sotheby’s is embracing that evolution in everything it does, which makes this a particularly exciting time to be a part of this business.”

Soon after arriving at Sotheby’s, Benjamin Doller joined the 19th Century Paintings department as a cataloguer, quickly moving on to Head that department first in New York and then on a worldwide level. His move to Head of Specialists in New York first expanded his experience outside of a single collecting category, which is a philosophy he carried into his most recent role as Vice Chairman. Throughout his career, Benjamin has played a critical part in many of Sotheby’s most iconic sales, including the estate collections of Walter P. Chrysler, Jr., Jacqueline Kennedy Onassis, The Duke and Duchess of Windsor, Andy Warhol, Jock and Betsey Whitney, Alex & Elisabeth Lewyt, and Mrs. Paul Mellon, to name a few.

Benjamin Doller became a Sotheby’s auctioneer in 1986, trained by the legendary John Marion. In addition to regularly auctioneering major sales for Sotheby’s, Benjamin is very involved in charity auctions, and has regularly served as an auctioneer for benefits throughout the United States and across the globe. Benjamin currently serves on the Board of Directors of both the American Friends of the Musée d'Orsay and The USTA Foundation, supporting after school programs for both education and tennis, as well as scholarships and mentoring.