THE BRITISH LAND CELEBRATION OF DESIGN - THE WINNERS FOR 2016 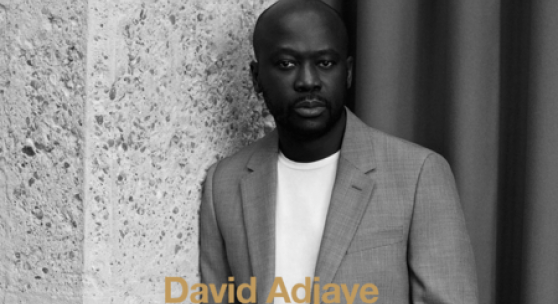 Now in its fourteenth year, the London Design Festival pays tribute annually to designers who are making or have made a significant difference to our lives through their innovation, originality and imagination. There are four individual Medals which have become highly coveted accolades in the world of design. This year the British Land Celebration of Design will again recognize designers, each renowned in their own fields, in four different categories: Lifetime Achievement, Design Innovation, Emerging Talent and the overall London Design Medal.

Once again the London Design Festival will present an exhibition showcasing work by the winners of the British Land Celebration of Design within a specially built pavilion in Exchange Square at Broadgate. This will feature a range of photography, furniture, installations and lighting to illustrate the breadth and achievement of each winner’s work and why the judges chose them. To mark the ten year anniversary of the medal, there will also be an exhibition of retrospective winners at this location within the Shoreditch Design Triangle District.

Tim Roberts, Head of Offices and Residential, British Land said: “British Land has long recognised that innovative and engaging design helps create Places People Prefer, places where people want to work, shop and live. As a partner of the London Design Festival we are delighted to host the 2016 British Land Celebration of Design exhibition at Broadgate. We have created a special pavilion at Exchange Square for the winning designers to showcase their work for everyone at Broadgate to enjoy.”

THE 2016 PANERAI LONDON DESIGN MEDAL WINNER: DAVID ADJAYE
Awarded by the London Design Festival every year, the Panerai London Design Medal is the highest accolade bestowed upon an individual who has distinguished themselves within the industry and demonstrated consistent design excellence over a number of years.

THE 2016 SWAROVSKI EMERGING TALENT MEDAL WINNER: BETHAN LAURA WOOD
The Swarovski Emerging Talent medal recognises an individual who has made an impact on the design scene within five years of graduation

THE 2016 AIRBNB DESIGN INNOVATION MEDAL WINNER: DAAN ROOSEGAARDE
The Airbnb Design Innovation medal celebrates entrepreneurship in all its forms, both locally and internationally. It honours an individual who has built one or more businesses where design lies at the core of its development and success.