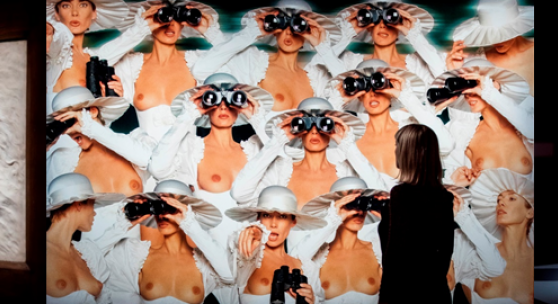 The sale was led by two sculptural masterpieces which established auction records.  In an intense bidding battle, collectors clamoured to acquire Jacques Loysel’s La Grande Névrose, considered to be the sculptor’s definitive masterwork. This sensual marble, retained by Loysel in his Paris atelier until his death in 1925 and not seen on the market since, brought £1,868,750, soaring above its pre-sale estimate of £120,000-180,000. A rare surviving work by Sarah Bernhardt – a rediscovered marble relief of Ophelia – sparked frenzied bidding, driving the final sale price to £308,750, six times its pre-sale low estimate (£50,000-70,000). The highest price for a contemporary sculpture in the sale was achieved when Antony Gormley’s Pole II, one of the sculptor’s ‘Blockworks’, sold for £320,750. At the other end of the spectrum, a Roman Marble Group of Two Lovers, circa 1st/2nd Century A.D. – one of only four known examples of an ancient Roman marble depicting a couple engaged in lovemaking – brought £236,750.

The second-highest price achieved overall was for Pavel Tchelitchew’s Bathers, which fetched £368,750. Depicting the artist’s partner, the writer and publisher Charles Henri Ford, and the aggressively foreshortened figure of the New York City Ballet dancer Nicholas Magallanes, the painting once hung on the bedroom wall of one of the 20th-century’s most famous grands horizontals.