Artissima 2022: all the prizes 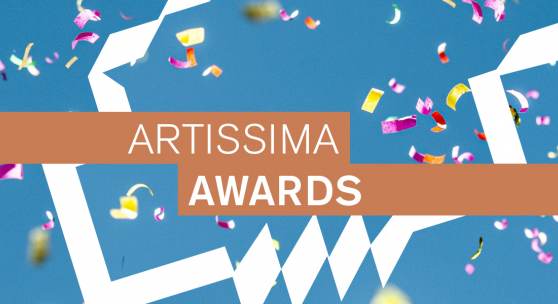 Artissima 2022, with a focus on this year’s theme Transformative Experience, chooses to celebrate its approach of discovery and rediscovery of talents, and the constant pursuit of beauty that has always been its trademark, through the awarding of 4 important prizes, 2 special honours and 4 institutional supports. Created in collaboration with partners, foundations and institutions, the prizes of the 29th iteration of Artissima are aimed at participating artists and galleries, and will be assigned during the days of the fair by international juries composed of curators and directors of the world’s leading contemporary art museums.

The prize, realized in collaboration with illycaffè, and now in its 22st edition, is assigned to an artist of the Present Future section - since always a launching pad for new talents - confirming itself as an important contribution to the success of emerging artists at international level.

Sustainability, art and innovation are the key words to describe this prize born from the collaboration with FPT Industrial and now at its third edition. This year the award will be assigned to an artist whose work combines sustainable processes and a strong focus on Carbon Neutrality.

The prize, supported by VANNI occhiali, continues its exploration of the possible contaminations between contemporary art and eyewear design. It will be assigned to an artist presented at the fair whose research can offer an original prospective on reality, opening an unexpected, surprising viewpoint, as through the action of a lens.

Tosetti Value – Il Family office continues its support of Artissima promoting for the third year in a row an award for photography, which will be assigned to an artist presented at the fair whose photographic work is seen as particularly interesting for an understanding of the historical-social and economic situation of our globalized world.

The honour, promoted by Collezione La Gaia, is a prize created to commemorate Matteo Viglietta: an outstanding, passionate collector who had a very strong bond with Artissima from the outset. It will consist in the acquisition of an artwork that will become part of the Collection.

Promoted by Fondazione Sardi per l’Arte and now at its third edition, the prize will be assigned to the artist who embodies, through research and work, the ideal of unconventional female creativity and artistic freedom Carol enacted and transmitted with her works and personality.

Now in its fifth edition, the support promoted by Fondazione per l’Arte Moderna e Contemporanea CRT aims to the acquisition of a work for the foundation’s collection, then provided on loan to OGR Torino. For the second year, the OGR Award will establish dialogue with the project Beyond Production, based on collaboration between Fondazione per l’Arte Moderna e Contemporanea CRT and Artissima, to investigate the complex phenomenon of the Metaverse.

Fondazione Merz, one of the protagonists of the new project A SUD, reconfirms for the second year the support with the aim of selecting the international artist that corresponds best to the foundation’s research on young artists of the Mediterranean. The selected artist will take part in a residency in Sicily, whose results will be presented in the programming of ZACentrale at the Cantieri Culturali alla Zisa in Palermo.

Promoted by MEF Museo Ettore Fico of Torino and now at its 13th iteration, the support has been updated with a continuing focus on the promotion and support of the work of young artists, through an acquisition. The winner will be selected among the artists showing their works at Artissima who stood out thanks to their international research and poetics.